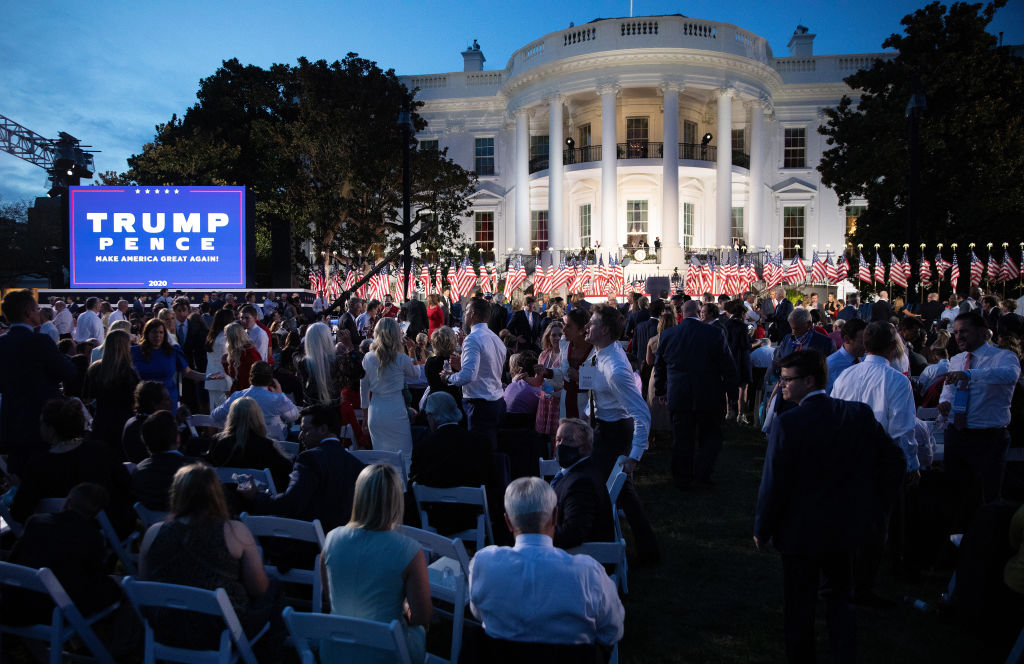 The Republican National Committee’s unprecedented — and possibly illegal — use of the White House for key events in last month’s convention has left Donald Trump’s campaign with unexpected costs after RNC attendees and heavy equipment damaged both the South Lawn and the newly-renovated Rose Garden.

According to the Washington Post, the convention exacted a noticeable toll on the White House grounds, requiring sections of the South Lawn to be re-sod and other repairs to account for foot traffic from more than a thousands Trump supporters and the large stage lights, scaffolding, and outdoor TV screens.

The ongoing repairs have forced Trump to forego his typical use of the Marine One helicopter to fly out to Joint Base Andrews. Instead, for the past two weeks since the convention, he’s had to use travel by motorcade to the nearby Air Force base.

“In addition, White House staff have kept journalists covering events there from seeing the work underway in the Rose Garden and South Lawn by using alternate venues,” the Post noted. “The president typically holds outdoor news conferences in the Rose Garden, but he held Monday’s gathering with reporters instead on the North Portico of the White House. It was the first time in recent memory that the president staged a news conference on the front steps of the residence facing Pennsylvania Avenue.”

An official for the Trump campaign confirmed to the Post that the campaign is covering the costs.

“The sod is being replaced at no cost to taxpayers,” White House spokesman Judd Deere claimed. “Additionally, there has been other planned infrastructure work taking place on the South grounds.”

Have a tip we should know? [email protected]