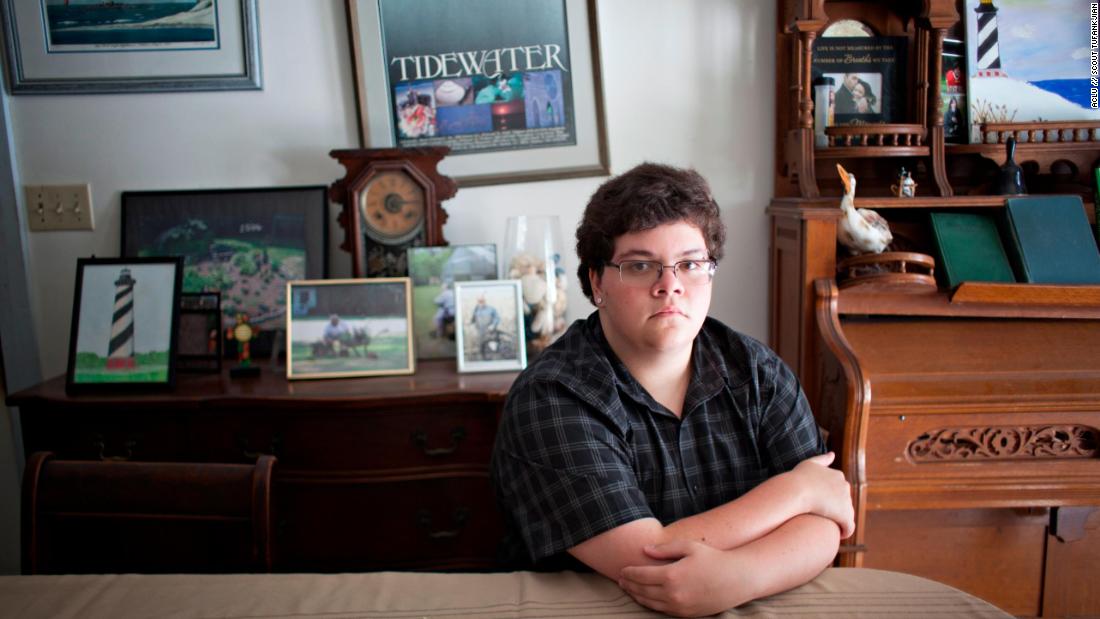 bathroom
July 4, 2021 [email protected]_84 bathroom, corresponded, Court, Gender, Identity, student, sued, Supreme, transgender, victory
The case concerns the scope of Title IX that prohibits schools from discriminating “on the basis of sex.” It began when Gavin Grimm, a transgender male who was then a high-school student, challenged the local school board’s decision to require him to use either a unisex restroom or a restroom that corresponds to the sex, female, he was assigned at birth.

Justice Clarence Thomas and Justice Samuel Alito said they would have taken up the case for next term.

“I am glad that my years-long fight to have my school see me for who I am is over. Being forced to use the nurse’s room, a private bathroom, and the girl’s room was humiliating for me, and having to go to out-of-the-way bathrooms severely interfered with my education,” Grimm — who has since graduated — said in a statement Monday.

“Trans youth deserve to use the bathroom in peace without being humiliated and stigmatized by their own school boards and elected officials,” he added.

The court’s decision not to review an opinion by the 4th US Circuit Court of Appeals means that public school students in the mid-Atlantic states covered by the 4th Circuit, as well as states governed by the 7th Circuit and the 11th Circuit, can use the bathroom that corresponds to their gender identity. The issue is unsettled in other states and another appeal could conceivably make its way back to the Supreme Court, although Grimm’s legal fight is over.

Grimm filed suit against the board in 2015, arguing that the school’s policy violated Title IX and the Equal Protection Clause. The Obama Justice Department filed a “statement of interest” accusing the board of violating Title IX. A federal appeals court deferred to the interpretation ruling in Grimm’s favor. The school board appealed the decision to the Supreme Court, which agreed to take up the case.

Before the high court could rule, however, the Trump administration withdrew the Obama-era guidance, and the Supreme Court wiped away the decision by the 4th US Circuit Court of Appeals and sent the case back down for further proceedings. The case began again at the district court and ultimately the 4th Circuit again ruled in favor of Grimm, this time citing the Supreme Court’s landmark decision in 2020 that held that federal employment law protects LGBTQ workers.

Grimm began fighting the Gloucester County School Board’s policies when he was a sophomore at a Virginia high school in 2015. As part of Grimm’s medical treatment for severe gender dysphoria, Grimm and his mother notified school administrators of his male gender identity and received permission for Grimm to use the boys’ restroom for almost two months. But once the school board began receiving complaints, it adopted a new policy denying him access to the boys’ bathrooms.

In 2019, a federal judge in Virginia also ruled in favor of Grimm, telling the school board it must recognize him as male and saying the board had violated his constitutional rights. The judge awarded him one
… END_OF_DOCUMENT_TOKEN_TO_BE_REPLACED