A domestic abuse survivor speaks about the abuse she suffered at the hands of her violent ex-boyfriend after he is jailed for five years.

Katrina Pidden, 39, thought she was going to die after Mitchell Liversedge, 25, attacked her in their home in Daventry, Northamptonshire.

During one attack, Katrina was dragged across the floor by her feet while Liversedge pulled the bathroom door from its hinges and hit Katrina over the head with it. 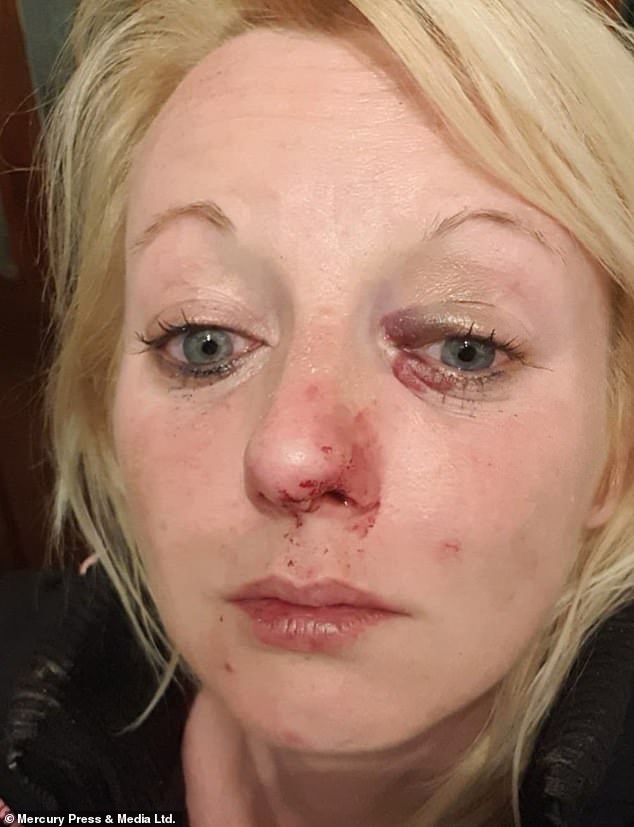 Katrina Pidden, 39, (pictured) thought she was going to die after she was violently attacked by her ex boyfriend

In September last year, a neighbour in witnessed Liversedge dragging a bloodied Katrina across the garden by her finger and called the police.

He held her prisoner for hours, locked her out of the house in the rain and shoved her during the year of abuse in their home.

Liversedge was jailed in March for five years for four counts of Actual Bodily Harm (ABH), one charge of false imprisonment and one count of damaging property.

He was also sentenced for threatening to destroy or damage property, and one charge of engaging in controlling or coercive behaviour in an intimate relationship.

Speaking for the first time since the ordeal, Katrina said: ‘I’d split up with him and he turned up at my house and started getting out of control. 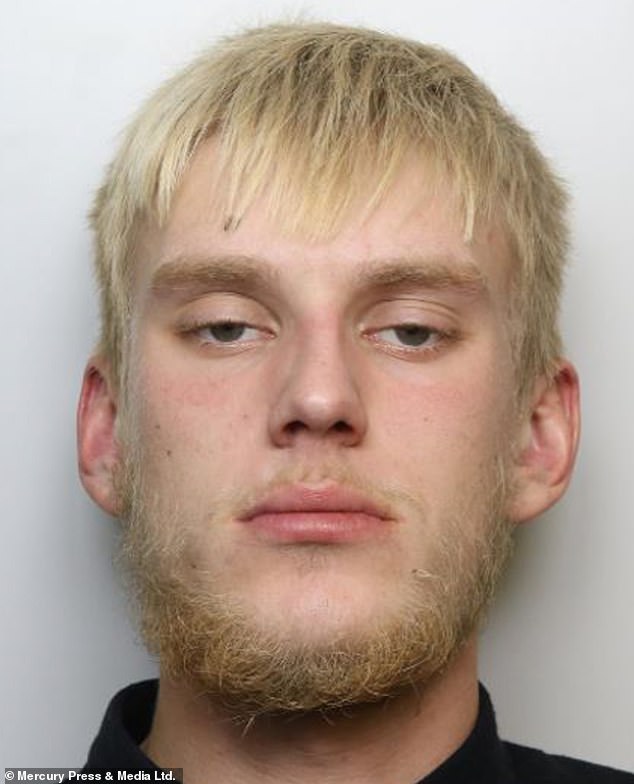 Mitchell Liversedge, 25, (pictured) attacked his ex girlfriend in their home in Daventry, Northamptonshire, and has been sentenced to five years in prison 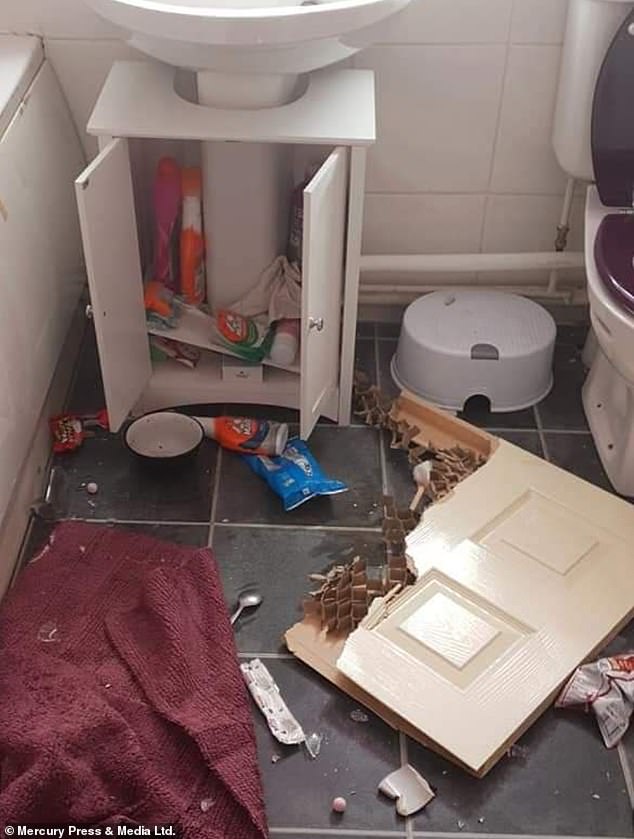 During one attack, Katrina was dragged across the floor by her feet while Liversedge pulled the bathroom door from its hinges and hit Katrina over the head with it (pictured)

‘I could feel it when something was going to happen. He threw a drink over me so I took myself into the garden to get away from him.

‘He came flying outside, attacked me, hitting me over the head with the kitchen chair.

‘He dragged me down the garden by my finger and my finger ended up so swollen that my ring had to be cut off.

‘I only had a nightie on so my skin was getting scraped on the path.

‘I thought he was going to kill me. I was screaming so my neighbour came out and called the police.’

Katrina, who has since stopped working as a retail assistant, met Liversedge on a night out in 2019 and immediately became a couple.

Katrina said the first four months of their relationship were perfect, but Liversedge, a block paver from Daventry, then became possessive.

Katrina said: ‘He started becoming jealous and I wasn’t allowed any male friends.

‘The first time he got violent, he tried to hit me with an iron and threw a cup at me.

‘He said it would never happen again but he started pushing me around, throwing me into things then it turned into slaps and then punches and kicks. 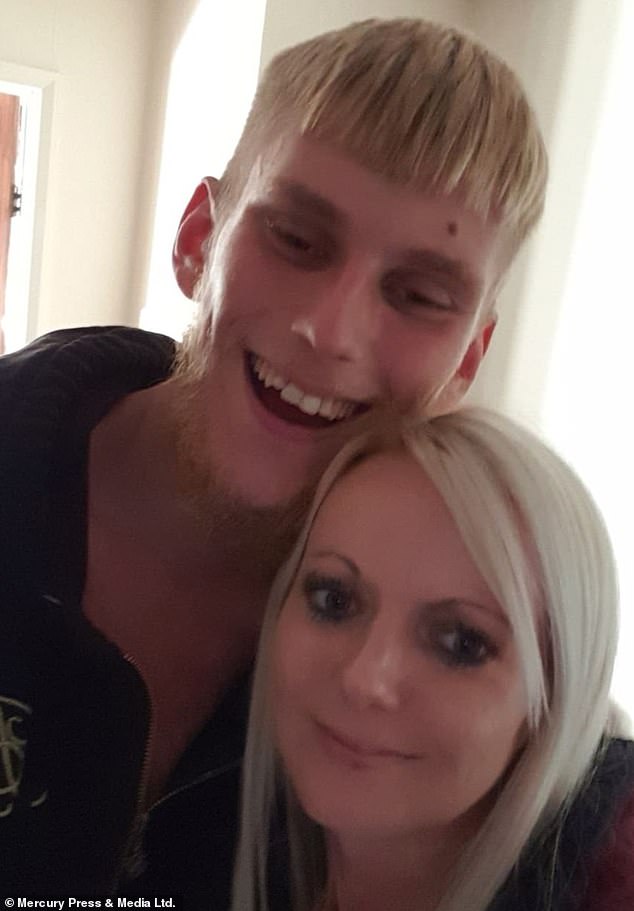 Katrina met Liversedge on a night out in 2019 and immediately became a couple, saying the first four months