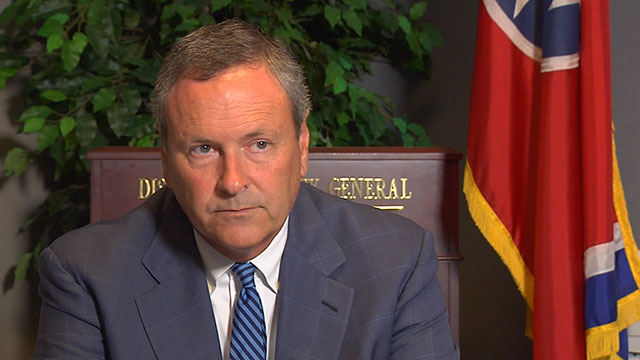 NASHVILLE, Tenn. (WKRN) — Davidson County District Attorney Glenn Funk is not backing down on his decision to not enforce the controversial transgender bathroom sign legislation once it becomes law July 1.

This is despite backlash from Republican lawmakers including East Tennessee Representative John Ragan who said the action from Funk is “offensive.”

The law requires businesses to notify the public if their bathrooms are inclusive.

“Every person is welcomed and valued in Nashville. Enforcement of transphobic and homophobic laws is contrary to those values. My office will not promote hate,” Funk said in a letter.

Abby Rubenfeld, a Nashville Civil Rights attorney with Rubenfeld Law Office said, “General Funk’s response was completely appropriate, I mean he has limited resources, he has to make priorities about enforcement of laws and that’s just the accepted part of his job.”

There’s been continued outcry from Republican lawmakers who say it’s their job to write the laws and its Funk’s job to enforce them.

“The only thing, I think that’s different about this situation is — it’s a controversial law and then the district attorney has taken a more blanket approach,” said Melanie Wilson, Lindsay Young Distinguished Professor of Law at the University of Tennessee Knoxville.

Funk also said district attorneys have “discretion of when and under what circumstances to enforce laws enacted by the legislative branch and signed by the executive.”

Something Wilson, a former federal prosecutor, says is correct.

“Even in Tennessee there are Attorney General opinions, there’s a statue that gives broad unfettered discretion to the prosecution to pick and choose and I think it’s likely that the district attorney is going to be upheld in exercising his discretion,” Wilson said.

Tennessee is the first state to require such signage, something Rubenfeld says will be struck down if challenged in court.

“I mean these laws are unconstitutional and our legislature should quit wasting time,” Rubenfeld said. “I mean we have an attorney general who could’ve given them an opinion before they passed it that it was unconstitutional and it’s unnecessary, that’s the more important point to me.”

It’s unclear how the law will be enforced or if any other district attorney will also refuse to enforce the law.

News 2 reached out to Rep. John Ragan for comment and received an emailed statement in part saying Funk is acting outside of his legal authority.

District Attorney General Funk maintains that he has complete discretion to declare that he, alone, “has the discretion to decide when and under what circumstances to enforce laws enacted by the legislature and signed by the executive branch.” If this sounds like an individual is exercising power that “is absurd, slavish, and destructive of the good and happiness of mankind,” that’s because it certainly