As first reported by WCBD, the Morrison Drive institution closed Sept. 1, following the sale of the iconic pink building that housed Martha Lou Gadsden’s celebrated cooking for 37 years. According to Gadsden’s granddaughter, Melanie Alston, the building previously owned by Craig Bennett is slated for demolition.

Gadsden, 90, apparently isn’t overly concerned about being displaced after decades of renting.

“It’s her retirement age,” said Alston. “But she is going to miss doing business.”

Business barely dropped off following the onset of the coronavirus.

“We did well during the pandemic,” Alston said, attributing the ongoing success to the restaurant’s overwhelming popularity and facility with takeout items such as turkey wings, lima beans, baked chicken and collard greens.

Alston isn’t ruling out serving those customer favorites again. Martha Lou’s will continue to offer catering services and the family is discussing whether to eventually reopen the restaurant in another location.

“If we’re going to have something else independently, we’re going to revisit that in six months to a year,” said Alston, who for two years ran Martha Lou’s Kitchen #2 in North Charleston.

In a 2016 oral history interview with the Southern Foodways Alliance, Gadsden said she started her restaurant career as a waitress at the legendary Ladson House Restaurant on President Street in the late 1960s when her nine children were old enough to take care of themselves.

She opened her own restaurant in 1983 in a converted service station, selling hot dogs and soda pop.

We publish our free Food & Dining newsletter every Wednesday at 10 a.m. to keep you informed on everything happening in the Charleston culinary scene. Sign up today!

But Gadsden was eager to distinguish her kitchen from the snack bars around town, so soon switched to making the kind of home-cooked dishes she could create again and again without consulting a recipe, such as smothered pork chops and okra soup.

Still, she admitted her repertoire wasn’t complete: She wasn’t satisfied with her biscuits, so instead served sweetened Jiffy cornbread at her restaurant.

“I like what I do and I do what I like, and if I didn’t like it it would be a drudgery, but I like it,” Gadsden told the interviewer. “I don’t never get up in the morning and say, ‘Oh, Lord; I don’t know what today going to be.’ I get up with a meaningful attitude. I’m ready to go — ready to go. As long as I can go, I’m going.”

Brock’s affection for Martha Lou’s and its owner was documented in a 2011 New York Times column, which concluded, “In the cosmology of Southern cooking, Martha Lou’s is no dwarf planet. It is close to the sun itself.”

When you’ve been quarantine for months, you really have to get creative to find fun things to do around your home. Might I recommend that you channel your inner Martha Stewart? The queen of perfecting the art of living well has been working on as many home organization and decor projects as you’d imagine in the past six months.

On Thursday, Stewart released a new CBD line featuring fruity oils and gummies that she says make for the perfect relaxing post-dinner treat. But one of her other favorite methods of self care is DIYing anything and everything. While she’s taken on a countless number of home projects since quarantine began, one of her favorites is the plate wall she created in one of the dining rooms. It’s something simple anyone can replicate, no matter how much DIY experience they have.

“We’ve hung all these gorgeous plates on the walls,” she tells Well+Good. “Instead of keeping beautiful pottery like this in a cupboard for maybe one formal dinner a year—if you dare eat off of them, as each plate used to be very expensive!—why not hang them on the wall like artwork?” This frees up space in your cupboard for items you might use every day, she says, keeping your all the more organized.

If you don’t have a set of beautiful plates to hang on the wall, it’s really easy to find some worthy of display in your home. While thrifting for plates is always a fun and affordable option, you can also find pretty vintage or ceramic pieces online. Take Etsy, for instance, where there’s an endless amount of one-of-a-kind options that’ll ship straight to your door. Once you find enough, simply order some wall hangers and hooks ($15 for 12) that protect your plates and make securing them to the wall a breeze.

This isn’t the only thing Stewart has been up to since quarantine started, though. Aside from her DIY projects, she also said she’s been exercising more. She’s upgraded her home gym to make up for a lack of in-person personal training during the pandemic. Her newest additions include a vibrating Power Plate (“It increases your circulation, relaxes you, and helps with aches and pains,” she says); a Tonal (“truly fantastic”); and even The BD Method’s “butt-blaster” machine. “I also horseback ride. Horseback riding is, for me, one of the most relaxing things on earth,” she says. “You’re out in nature by yourself. I can horseback ride for a few miles on my own property, and I enjoy it tremendously.”

Between her nighttime CBD routine, DIY projects, and fitness routine, my new goal for the remainder of quarantine is to be a little bit more like Martha. Now, where does one buy a horse?

Our editors independently select these products. Making a purchase through our links may earn Well+Good a commission.

Martha Kalifatidis has won fans with her bathroom hack, which she posted on Instagram Stories recently.

The 31-year-old former Married At First Sight star shared her clever idea for updating the shelf in her shower.

Filming the old shelf, Martha admitted it had seen better days and was in desperate need of an upgrade. 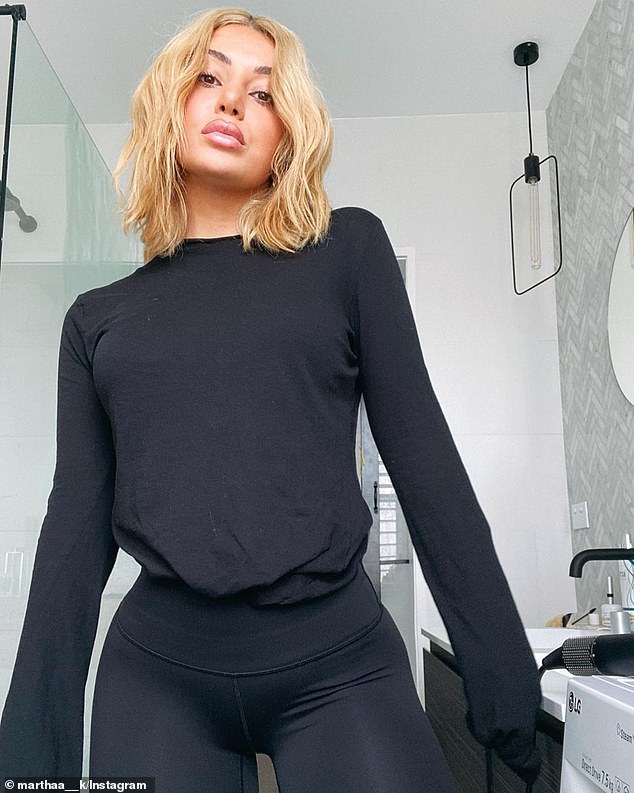 Clever idea: Martha Kalifatidis has won fans with her bathroom hack, which she posted on Instagram Stories recently

‘This is my current shelf in the shower. No matter how many times I Jif it or clean it these marks don’t come off and it’s all peeling off,’ she said.

She then revealed she’d sourced a company on Instagram that made marble trays, asking them to create one to the measurements of her existing shelf.

The former reality star then secured the tray on top of her existing shelf, essentially creating a brand new shower shelf. 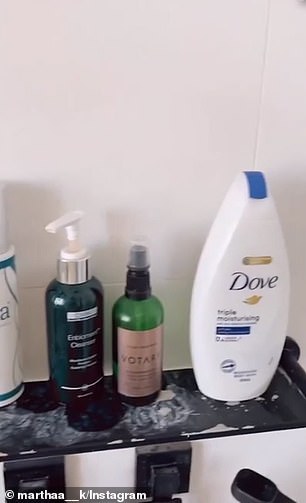 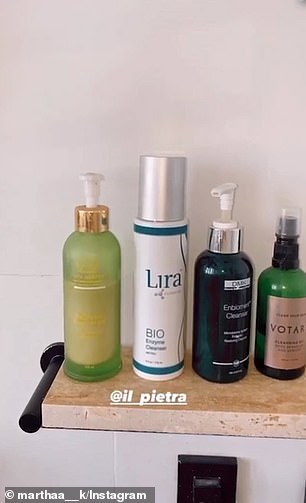 Getting an update: Filming her old shower shelf, Martha admitted it had seen better days and was in desperate need of an upgrade 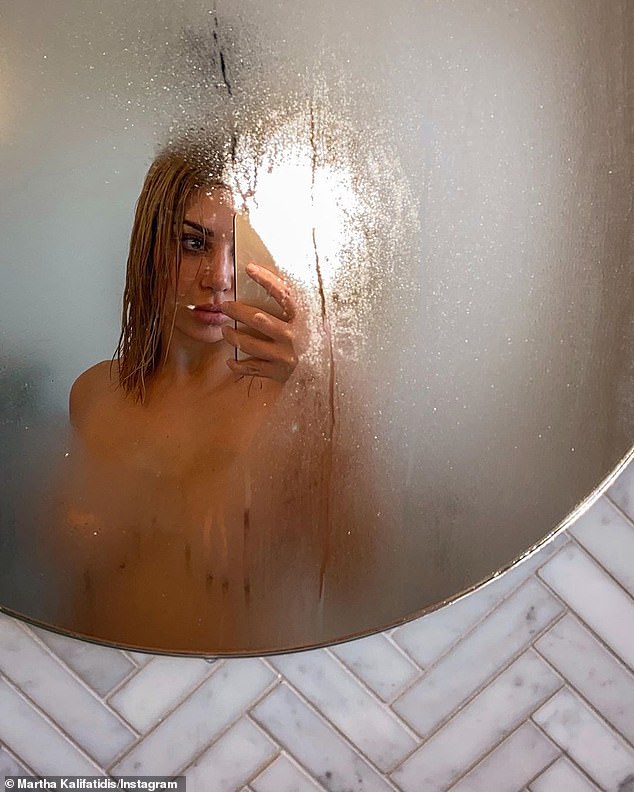 No renovation needed: The 31-year-old former Married At First Sight star shared her clever idea for updating the shelf in her shower

‘How much cuter is the marble shelf? Oh my God, so much better. Love that! Might get a few more now, just for everything else,’ she added.

In an interview with Daily Mail Australia back in March, Martha admitted that it had been an adjustment moving in with her boyfriend of almost two years, Michael Brunelli, after they relocated to Sydney from Melbourne.

‘We’ve got a lot to learn about living together, but that’s part of being in a relationship, and we’re getting there,’ she said at the time. 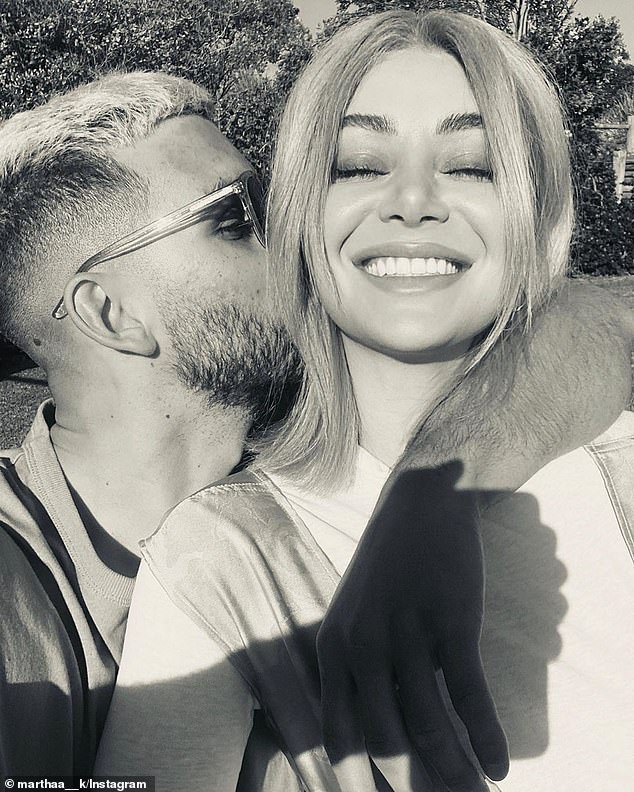 Shacking up: In an interview with Daily Mail Australia back in March, Martha admitted that it had been an adjustment moving in with her boyfriend of almost two years, Michael Brunelli

She then listed things the 29-year-old does which annoy her, including his tendency to only rinse dishes and standing in front of the fridge with the door open.

‘Another thing he does that annoys me is he runs the shower water when he’s not in the shower,’ she added.

‘I just feel like it’s so wasteful! That is something that breaks my heart. Don’t run the water if you’re not in there!’ 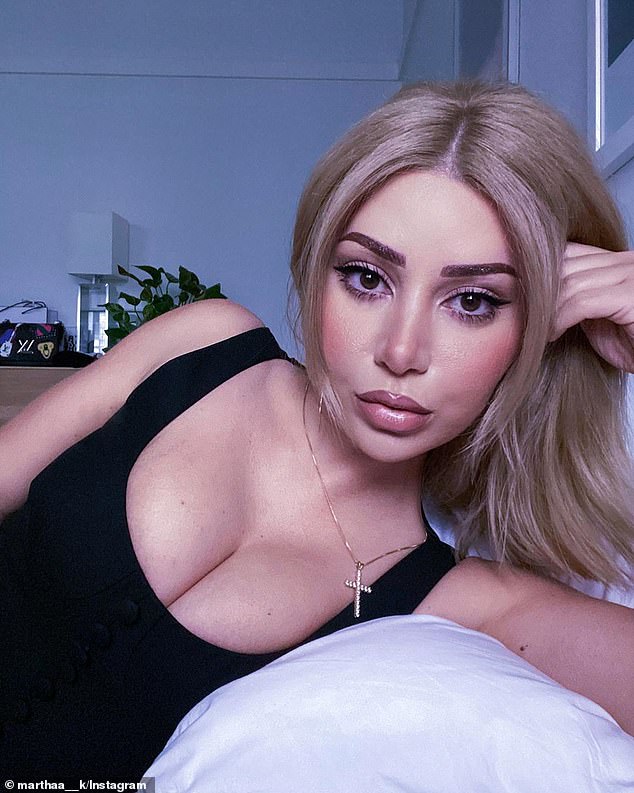 ‘We’ve got a lot to learn about living together, but that’s part of being in a relationship, and we’re getting there,’ she said about moving in with Michael