He realised that there was nothing more for him to do at The Laskett, his home and glorious gardens in Much Birch, Herefordshire. At 85, it was time to start a new chapter in his life.

Sir Roy, the former director of the National Portrait Gallery and the Victoria And Albert Museum, fashioned the gardens with his late wife, the set designer Julia Trevelyan Oman, from a four-acre field at their home in Herefordshire after moving here in 1973. 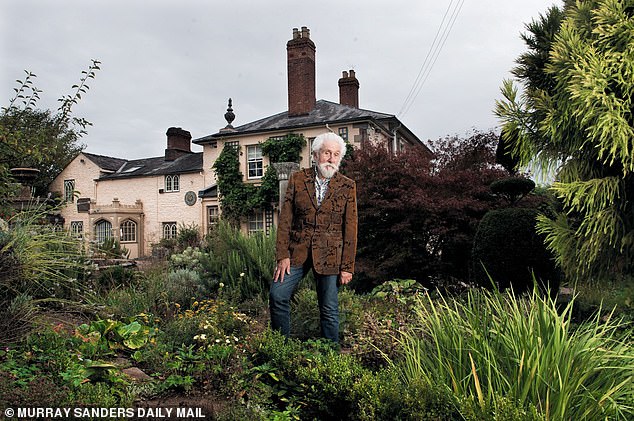 Sir Roy Strong, 85, is leaving The Laskett, his home in Much Birch, Herefordshire, after 47 years

Today, they are among the largest private formal gardens to be created in England since the war. They are also, Sir Roy says, ‘about two people who had a very good life together’.

Today we venture into the garden, and the extraordinary life Sir Roy lived with Julia, who died of pancreatic cancer in 2003, blossoms everywhere. ‘She was the only person I ever loved,’ he says.

‘Any coming together of two people always requires a giving up of some things like certain friends who don’t fit in. Marriage has to be a compromise, but the benefits of coming together far exceed anything else.’

Sir Roy and Julia were returning from Austria when she fell ill and she was dead within six weeks. ‘She was marvellous,’ he says. ‘She never shed a tear. We sat down and planned the whole funeral. I remember once she looked at me and said, ‘You have so much to give still.’ It’s a wonderful thing to have said to me, isn’t it? 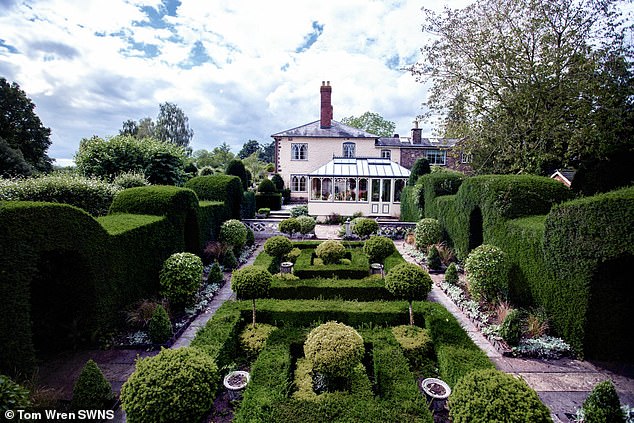 The former gallery director fashioned the gardens with his late wife, the set designer Julia Trevelyan Oman, from a four-acre field 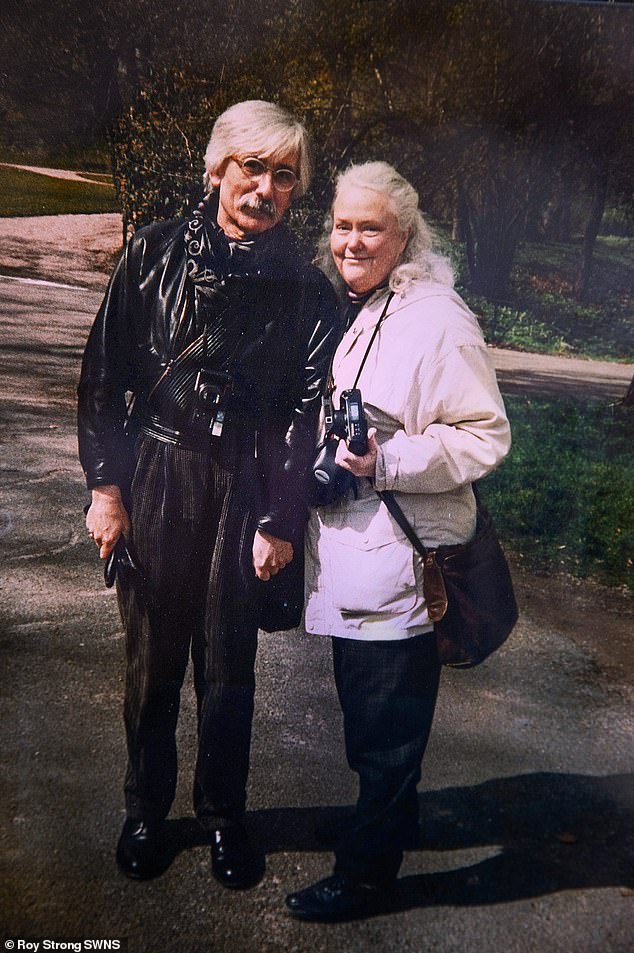 Sir Roy Strong, pictured with his late wife Julia Trevelyan Oman, has lived at The Laskett for half a century and transformed the garden in to a paradise

‘Julia had an incredible sweetness of nature and huge strength of character. She was someone I just loved being with. When I proposed to her – she was 40 and I was 35 – she said, ‘You don’t want any children do you?’ I said, ‘Not particularly,’ and that was the last of it.

‘I married someone who was someone in their own right. She was far more important than me and I loved that. I needed someone who wasn’t just hanging on as Lady Strong. In fact, it was summed up when the letter came saying would I agree to be knighted. I said, ‘Darling, I’ve got bad news for you. I’m going to be made a knight of the realm. You won’t like that, will you?’

Sir Roy pulls a sort of chewing-on-a-lemon face as he imitates his wife, ‘No.’ He laughs fondly.

In Julia’s final weeks, Sir Roy says they went into ‘lockdown’ as ‘all the people she wanted to see for the last time came here.