An ecologist is challenging Toronto’s long grass and weed bylaw, even though the city exempted her from having to cut down her natural garden — which is home to tall shrubs and trees, as well as butterflies and chipmunks.

Nina-Marie Lister, an ecology and urban planning professor at Ryerson University, says she never asked for an exemption and she rejects it. Instead, she and her lawyer are arguing that the bylaw itself is unconstitutional and outdated, saying it goes against the city’s own pollinator protection and biodiversity strategies.

“[The current bylaw] really stands in the way of individual citizens on a small patch of yard trying to do the right thing at a time of biodiversity collapse and climate crisis,” said Lister, who was also a consultant on the city’s own biodiversity strategy.

The two are now drafting a replacement bylaw to present to the city this fall.

Lister and her family have been tending the garden at her home near Davenport Road and Christie Street for the past five years. It includes a front-yard meadow, a green roof and around 100 different species of plants, shrubs and trees, most of which are native to Ontario.

“In the work that I do, it would be very odd for me not to have a garden that was full of life, rich in biodiversity and frankly, one that gives us enormous benefit as a community,” Lister said.

Lister, who is also and the director of Ryerson’s Ecological Design Lab, says the garden holds storm water, controls runoff and provides habitat for various birds and at-risk insects like monarch butterflies. It’s also been home to other creatures, including frogs, rabbits and chipmunks.

Plus, she says, it provides education and respite; passersby often stop and sit on logs that have been turned into makeshift seats, kids play in the flowers, and before the pandemic, school groups would come by.

Lister says she hopes people get a sense of joy when they walk past the garden, but instead some have complained to the city.  A bylaw officer visited her home in August and said the garden violated the bylaw, which resulted in an order to mow it down.

The long grass and weed bylaw states grass, weeds and vegetation cannot be taller than 20 centimetres. A conviction can include forced mowing, at the landowner’s cost, and a fine of up to $5,000. That doesn’t include growth that’s part of a natural garden or planted to produce ground cover. Exemptions can be granted for natural gardens.

Some of Lister’s plants are between 90 and 120 centimetres.

Eventually, Lister was granted an exemption, but she says she didn’t apply for one and an inspection was never done to grant it. 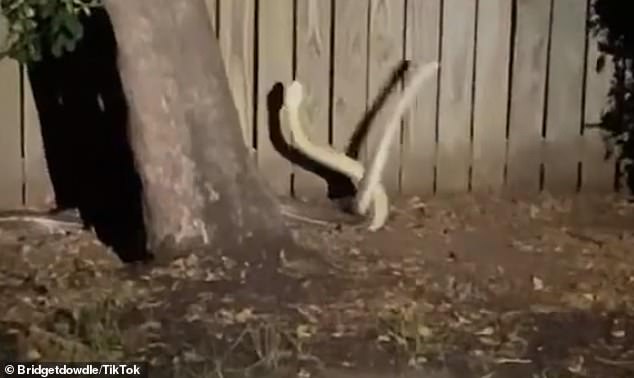 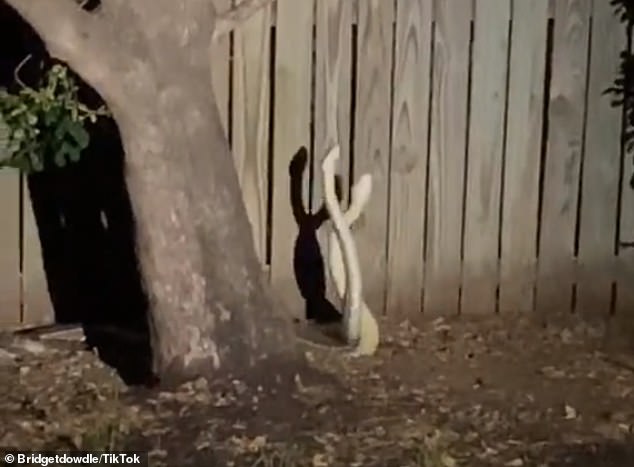 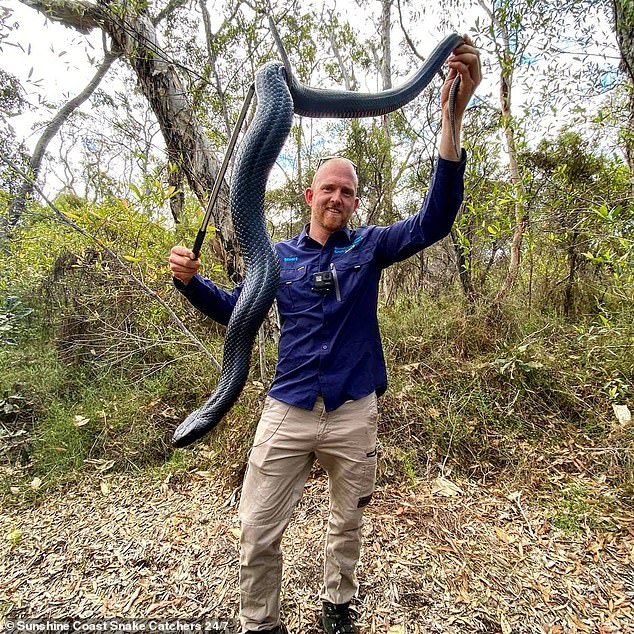 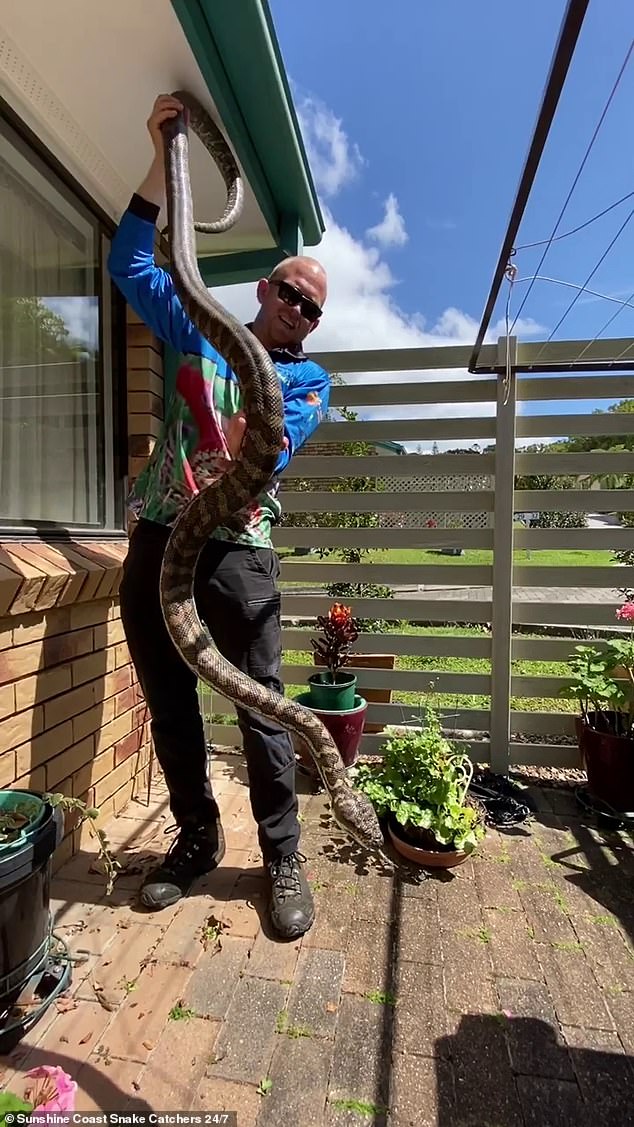 A green-thumbed nurse and Melbourne mother of two was left fighting for her life when she caught a flesh-eating bug while doing the gardening. Now, after a life-changing battle, she has fought her way back to the garden.

Jodie Wylie, 50, suffered a migraine and found a large bruise on her right thigh after tending to her plants. Like anyone would, she initially dismissed it.

But the mum was soon rushed to hospital where she was diagnosed with Necrotising Fasciitis, a severe infection which saw bacteria release toxins into her blood. The flesh-eating bug affects the tissue beneath the skin and surrounding muscles.

In an effort to save Jodie’s life, surgeons were forced to remove a large part of the skin, muscle and tissue on her right thigh and hip before carrying out 13 more surgeries to scrape away the disease.

“I felt like my head was going to explode and I’d gone to bed exhausted and I wasn’t responding to medication,” Ms Wylie, who works as an intensive care nurse, said.

“My throat was sore and I was vomiting. I thought it was just a bad migraine …I can only go by what my friend and sister told me because I don’t remember much.

She remembers going to hospital and wondering what she had suddenly become afflicted by.

“They called a doctor and he thought it was a virus and a migraine. My gut was telling me it was more severe than a migraine because I’d never felt like that before but I prolonged going to hospital until it was almost too late,” she said.

“I had a bruise on my leg which was so painful and mottled and dark. I couldn’t even walk into the hospital, I had to use a wheelchair.

“I had a feeling it was Necrotising Fasciitis and I told my sister I thought I was going to die.”

Freak diagnosis puts her in same ICU that she worked in

When Ms Wylie’s blood pressure dropped and her heart rate soared, she was rushed into surgery where medics cut open her leg and diagnosed her with the disease.

She spent the next two weeks on the same intensive care unit she worked on, as she’d also been diagnosed with septicaemia.

Ms Wylie ives with daughters, Charlotte, 10, and Madeleine, 8, in Melbourne and the family were told to prepare for the worst.

“My throat was swollen to the same size as my head. It was touch and go,” she recalled.

Jodie had hyperbaric oxygen therapy where she underwent 100 per cent oxygen in a pressurised environment to help kill the bacteria and spent a further two months recovering in hospital.

She has now lost a lot of skin and muscle in her leg but is able to walk. She says

Almost exactly 40 years ago, I got my first job in architecture: Not as an underpaid draftsman for some Pritzker Prize-winning architect or as an editorial assistant at a glossy design magazine, but as a lowly office clerk for an interiors and architecture firm in San Francisco.

One of my duties was to feed drawings into the blueprint machine. Noxious fumes would emanate from the machine, making my nose wrinkle. After copies of the blueprints came out, I would roll them up and deliver them, on foot, to nearby offices. Such was the state of architectural technology, circa 1980.

Yet my grunt work at the firm Whisler-Patri, and a later gig doing public relations for another San Francisco design firm, taught me a lesson that’s taking on fresh relevance as landlords and tenants scramble to remake offices in response to the coronavirus pandemic: Interior architecture matters.

What is interior architecture? In the world of office building design, it means taking blocks of raw interior space and planning the layout and design of everything from corridors and conference rooms to desks and stairs that connect floors. Architects tend to get the credit (or the blame) for building exteriors, but interior architects have enormous influence on whether an office feels capacious or crowded, mind-opening or mean-spirited.

Acidity or heartburn is known to not spare anybody from its claws. Most of the adults suffer from it during some point in their lives. Acidity is caused when there is an over-production of acid in the stomach. It is the main cause of stomach ulcers, bad breath, stomach ache, nausea etc. It leaves an after taste in the mouth and leaves a sharp sensation between your ribs that radiates to your heart; that’s why, it is also known as heartburn.

Many people have confessed to have succumbed to acidity and that it has changed their lives for the worse. They have claimed to have tried all kinds of medicines that provide quick relief from gas and acidity but to no use. What they don’t understand is that irrespective of many products known to provide fast relief from acidity, it is of utmost importance to make a few changes to your lifestyle in order to eradicate this forever.

As the saying goes, “Charity begins at home”, the treatment for acidity also starts from your kitchen and herb garden.

How you ask? Here are a few ways and ingredients that can help you vanquish acidity from your life.

1. Water: Due to its neutral pH Balance, water is the ambrosia that helps you neutralize the pH balance in your stomach. It reduces the acid level in the stomach and guards the stomach lining from getting damaged; thus, leading to ulcers and acidity. It is advisable to drink a glass of lukewarm water before you sleep and after waking up in the morning. Do not drink water during meals.

2. Holy Basil leaves: Wash few leaves of the Holy Basil as soon as you feel a sharp sensation below your sternum or experience a sour/bitter after taste in your mouth. This is a way of body reacting to bouts of acidity. Holy Basil or ‘Tulsi’ has many medicinal qualities and fighting acidity is one of them.

3. Cinnamon: Take cinnamon powder and boil it in some water. Simmer for a minute and strain it. It will start looking like tea liquor. Have that without adding anything and you will notice a change. It works as a natural antacid and helps in treating flatulence too.

5. Buttermilk: Also known as ‘Chaach’; a glass buttermilk with a teaspoon of roasted cumin powder mixed with roasted fenugreek seeds powder and coriander paste will give you relief as well as having it regularly will eradicate the acidity problem from your life.

Acidity is a serious lifestyle problem amongst most of us. It is very crucial to be meticulous in its management. It is important to make the aforementioned tips a part of your life and you will be liberated from the chains of acidity for good.…