A neon sign was placed in front of the White House with a message blaming President Donald Trump for the coronavirus death rate in the U.S..

© Sarah Silbiger/Getty
U.S. President Donald Trump speaks to members of the press prior to his departure from the White House on September 19, 2020 in Washington, DC. Democrats have held up a neon sign outside the White House reading “Trump lied, 200,000 died.”


The display reading “Trump lied, 200,000 died” was held up by several democrats and paid for by the DNC, WSET reported.

The sign was lit up on Sunday night as the U.S. is on the verge of hitting the 200,000 milestone for COVID-19 deaths.

As of late Monday morning, Johns Hopkins University places the death toll in the U.S. at 199,525—the highest in the world.

Democrats have accused Trump of misleading the public in claiming that the U.S. is starting to control the spread of the virus, when 31 states are reporting an increase in the number of confirmed cases.

Trump has also been widely criticized after he was recorded in March telling journalist Bob Woodward how he “wanted to always play it down” when asked what he knew about the potential dangers of the virus.

“I still like playing it down because I don’t want to create a panic,” Trump told Woodward.

Elsewhere, marches are set to take place across the country in protest at Trump’s handling of the outbreak as the 200,000 death toll approaches.

The Refuse Facism group has organized several rallies in cities including New York, Los Angeles, Washington D.C. and Boston this week. The events titled “March Against Death, Lies, and Fascism and For Humanity” are scheduled on Monday.

The group has accused Trump of “continuing to lie, assail science, traffic in conspiracy theories, hold super-spreading rallies, and sabotage attempts to contain the pandemic.” Organisers have also said they fear that Trump will not accept election defeat in November.

Most recent polling has suggested that Democratic nominee Joe Biden will win the upcoming election.

“We face a rolling coup barreling to a showdown on November 3. The Trump/Pence regime have said and shown that they will not abide by an election they lose,” Coco Das, of the RefuseFascism.org Editorial Board, said in a statement.

Where Are Coronavirus Cases Rising In The World?

“A new path of sustained, non-violent protest is being blazed. A force is gathering that must grow that will not stop until this fascist regime is driven from power. We must make this OUR time, not Trump’s.”

“On Monday, September 21, we’ll take the next step,” Das added. “Marking the grim milestone of 200,000 COVID-19 deaths by holding nationwide marches with the resounding demand for an end to the death, lies, and fascist escalation.”

This map, provided by Statista, shows the number of confirmed COVID-19 cases across the country.

Six weeks later, Garfield was dead. He was 49.

During the summer of 1881, almost 140 years before President Trump acknowledged misleading Americans about the threat posed by the novel coronavirus, the White House fed anxious Americans a daily diet of misleading medical bulletins about Garfield’s condition. The stream of unduly sunny reports came from doctors whose failure to understand basic principles of treating infected wounds would have tragic consequences. With some exceptions, their rose-colored pronouncements were credulously accepted by the press.

The multiple daily reports on Garfield’s condition “became part of everyday life,” even if much of the information was unreliable, according to Richard Menke, a professor at the University of Georgia who has written in the journal Critical Inquiry about the press coverage of Garfield’s struggle to survive. “In fact,” he wrote, “the bulletins were fraudulently optimistic, intended perhaps to reassure Garfield, who often had the newspapers read to him and thus joined the mass audience for his own story.”

With the bulletins distributed nationwide by telegraph, published in the nation’s newspapers and followed closely by the public, the story of Garfield’s fight to survive could be considered “America’s first live media event,” Menke wrote.

Garfield’s ordeal began July 2. Accompanied by Secretary of State James G. Blaine, Garfield departed the Executive Mansion that morning for the Baltimore and Potomac train station (located where the National Gallery of Art now stands) to embark on a summer sojourn to his alma mater, Williams College in Massachusetts, and his home in Mentor, Ohio. Several Cabinet secretaries, including Robert Todd Lincoln, the secretary of war and son of assassinated President Abraham Lincoln, planned to travel with Garfield as far as New York and were already at the station, according to the New York Times.

Charles Guiteau, a delusional gunman who fancied himself an orator and Republican insider, waited for Garfield at the train station. Guiteau fired twice at the president with a .44 caliber pistol, grazing Garfield’s right arm and hitting him on the right side near the 11th rib, according to an account of the shooting and Garfield’s medical treatment by Stewart A. Fish in the Bulletin of the History of Medicine.

At the train station, D.W. Bliss, Garfield’s personal physician, searched for the bullet lodged in Garfield, first with an unsterilized probe and then by sticking his finger deep into the wound, historian Candice Millard has written. Conscious but vomiting, Garfield was taken back to the White House.

The earliest reports on Garfield’s condition varied dramatically. On July 3, under the headline “THE PRESIDENT ALIVE AND BETTER,” the Washington Evening Star published a White House bulletin reporting that Garfield “rested quietly and awakened refreshed” and that the president’s “improved condition gives additional hope of his gradual recovery.”

Only hours later the prognosis turned grim. A bulletin issued at 10:30 p.m. characterizing Garfield’s condition as “less favorable” led the Tribune to report the following day that “the gravest apprehensions were excited.” Guiteau, the newspaper 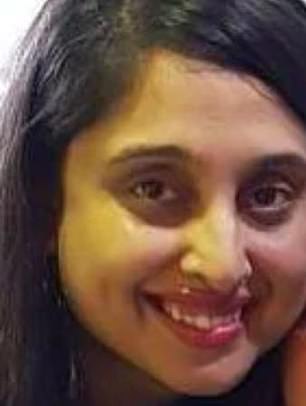 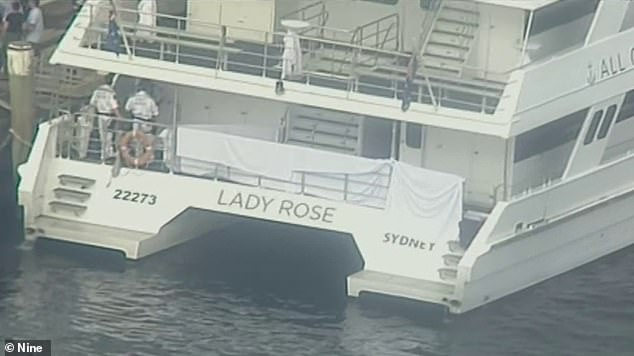 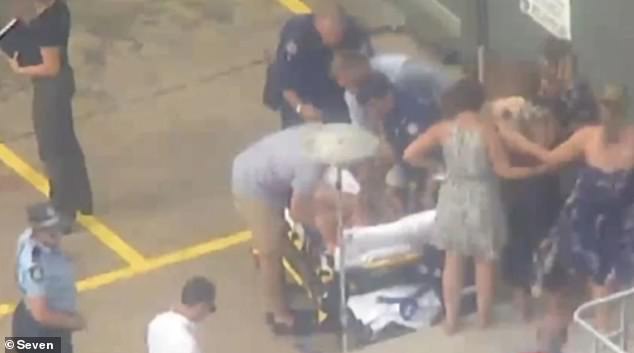 WASHINGTON, D.C. – The U.S. House of Representatives on Monday agreed to rename Grand River’s post office after Andrew “Ace” Nowacki, a Grand River police officer and U.S. Marine Corps lance corporal who was killed in Iraq by a roadside bomb in 2005.

A graduate of Lyndhurst’s Brush High School who resided in South Euclid, Nowacki was working as a the gunner on a Humvee, protecting a truck convoy in the Anbar region, south of Baghdad, when he died at age 24. His family set up a memorial scholarship fund in his name to assist public safety and nursing students. Nowacki joined the Grand River Police Department in 2001, and was part of its ready response team, honor guard and bike patrol.

“Andy’s commitment to community, dedication to service and desire to help others is something we should forever honor, and his sacrifice is something we should never forget,” said Bainbridge Township Republican Rep. Dave Joyce, who introduced the measure for the name change. The House of Representatives passed his bill on a noncontroversial voice vote.

“By renaming the Grand River Post Office after him, we can help ensure Andy will forever be remembered by the community he cared so deeply for and contributed so much to,” Joyce continued. “I thank my colleagues here in the House for helping me preserve the legacy of a true American patriot and urge my colleagues in the Senate to do the same.”

Jim Jordan defends President Trump’s call to boycott Goodyear and says the company, not Trump, is engaging in ‘cancel culture’

EASTENDERS star Natalie Cassidy has shared a moving tribute she has in her garden for her late mum, who died when she was 19.

The 37-year-old star was left devastated when her mother Evelyn lost her battle with bowel cancer in 2002 at the age of 63.

Taking to her Instagram page early this morning, the actress revealed that her brother had bought her a touching gift to remember their mum by for her 30th birthday.

The photo showed stunning flowers and green leaves growing over a block with Evelyn’s name written on it.

Natalie explained in the post’s caption: “This is our Evelyn Rose.

“My brother bought it for me for my 30th birthday. It’s 7 and a bit years old and has never looked better. My dad loves it and cares for it.

She added how much she appreciated having something close by to remember her mum as her busy schedule sometimes stops her from getting to the cemetery.

The star wrote: “It’s nice to have something in your own space as well as a cemetery. Life is busy and you feel guilty for not going up there.”

Natalie previously admitted that she broke down over an EastEnders’ storyline about her onscreen mum Carol Jackson fighting cancer.

Alesha Dixon says ‘kiss my black a**’ over BGT Diversity row as 10,000 complain

She plays Carol’s daughter Sonia in the BBC One soap, and the heartbreaking scenes brought back difficult memories for the star.

Natalie said at the time: “It’s all quite raw, there have been tears.”

She confessed that she “lost herself” after her mother’s death, but she didn’t seek help from a bereavement counsellor until she was hit by a second wave of grief when her “second mum” Wendy Richard, who played Pauline Fowler, died in 2009.

Natalie explained: “I hit rock bottom. I had to see someone about my mum, mistakes and regrets.”