In the cruelest of ironies, while Hurricane Delta drenched the Gulf Coast this weekend, there’s not even a drizzle to slow a climate change-induced California wildfire larger than the size of Rhode Island that rages on as you read this.

Exploding to more than a blazing million active acres this past week, the August Complex, in its two months of unremitting fury, has reached “gigafire” status, the first in California’s modern history. Overall, it has lost four million acres representing about 4% of the entire state, double the previous annual record in a place where the wildfire season is now three months longer than in the 1970s.

The personal loss out west for many cannot be overestimated, but the immense inferno’s impacts have consequences across the continent to this coast.

Strawberries, lettuce and wine may be among the hardest expected to be hit with costs or shortage while government agencies are monitoring agriculture and other commodities, such as almonds, avocados, cauliflower, broccoli and honey. But the big ticket item in growth and development appears to be lumber.

And: In the Know: Plans for an Elon Musk-inspired 700 mph Hyperloop bullet train for Southwest Florida and an Aldi alert

With factors such as the surging pandemic-fueled demand for Southwest Florida homes, we had already been experiencing escalating prices for domiciles and other structures prior to the Golden State’s summer of ferocious flames.

“The rising lumber prices are exacerbating the cost of purchasing a home, and wildfires can only increase that impact,” said Brian Alford, Florida director of market analytics for real estate research gurus, CoStar Group.

The evolving circumstances are being followed by John Boyd Jr. of The Boyd Company, an international corporate site selection firm that tracks global development trends in working with dozens of Sunshine State and worldwide clients such as Boeing, Dell, The World Bank, Samsung and UPS for more than 45 years. 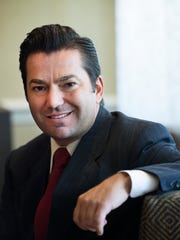 “We are seeing the California wildfires driving building costs even higher,” Boyd said. “The wildfires have pushed lumber prices up 50%, and the average price for a new home up by $16,000.”

And timber is a key piece to the housing puzzle, according to Southwest Florida’s ever-expanding LSI Companies, which has been providing services and consulting to homebuilders, developers, landowners and investors for the past two decades.

“Framing and trusses comprise approximately 16% of a home cost. It’s one of the largest components of a home’s construction, second only to interior finishes at roughly 25% and land lot at 18 to 20%,” said Justin Thibaut, company president. “At a macro level, this is also affecting multifamily, commercial construction as concrete block is now cheaper for apartment construction than wood frame.”