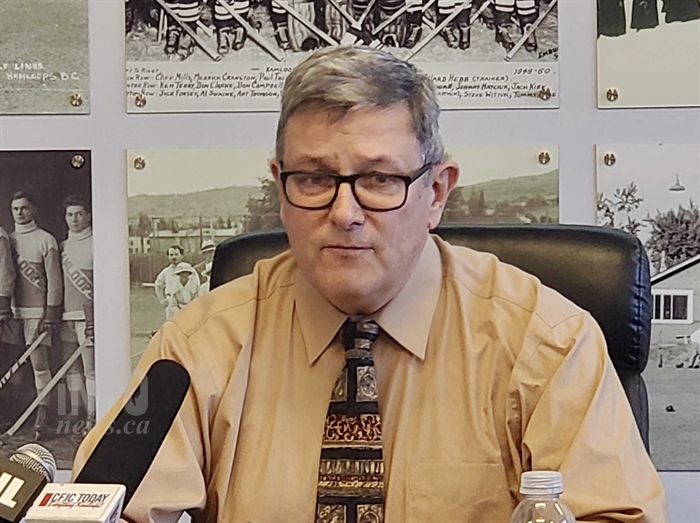 
Kamloops, Kelowna and the RCMP are all trying to convince Interior Health to fund more nurses to work with police officers dealing with a growing number of calls that involve people struggling with mental health issues.


“I think what happens is the people who are making those decisions really don’t ride around late at night on the streets of either Kelowna or Kamloops and get a first-hand view of what kind of situations police are dealing with,” Kamloops Mayor Ken Christian told iNFOnews.ca. “Unfortunately, the pandemic has just exacerbated a lot of those circumstances.”


Both cities have a team that partners the RCMP and nurses to respond to some of their mental health calls but each has only one team operating four days a week. It’s called Car 40 in Kamloops and PACT (Police and Crisis Team) in Kelowna.


At the Aug. 25 Kamloops council meeting, Coun. Dale Bass reported that Car 40 calls went up almost 36 per cent to 488 this year from 360 in the first half of 2019. That’s just the calls handled by that team on its four-day-a-week shift.


No comparative numbers were provided to iNFOnews.ca by Kelowna staff or RCMP.


Karen Bloemink, vice-president for clinical operations for Interior Health, told iNFOnews.ca in July that the program was not necessarily the best use of their resources.


READ MORE: Interior Health isn’t yet on board with expanding mental health teams with RCMP


Christian’s been told by Interior Health that they’re “looking at their model for outpatient mental health.”


But city and RCMP say that’s not good enough when there’s such a growing need for more help in this area and Christian has been pushing for an expansion in the service for more than two years, as has Kelowna.


An investigation was launched in June after a Kelowna RCMP officer doing a wellness check on UBCO student Mona Wang was video-taped dragging her down a hallway and stepping on her head. That report has been sent back to Kelowna RCMP with instructions to do more investigation.


But it’s not just the physicality of the arrest that’s of concern. It’s also about getting people the help they need.


“When you do make an arrest either under the Mental Health Act or under the Criminal Code and you wind up remanding to the psych ward, it’s very difficult for police officers to navigate the triage and all of that in and around getting a person admitted,” Christian said. “So, when you have a mental health professional on board with you in the police car, that becomes much easier.”


He will be talking to Susan Brown, president and CEO of Interior Health within the next two weeks and press her on this issue, he said.


“IH has advised that they currently do not have plans to add to the Kelowna PACT team, however I believe they are committed to helping improve the resource response to this segment of our population,” Kelowna City Manager Doug Gilchrist said in an email.


“What that improved response is, I don’t yet fully understand. We do have a planned meeting in the next month with IH and the RCMP, which in part, will help us understand one another’s perspective-preference on how best to respond to these street-level issues.”


Cpl. Jesse O’Donaghey, the media relations officer with the RCMP’s Southeast Division that covers both cities said, in an email, that the police will be meeting with Interior Health later this month.


“Discussions with the cities of Kamloops and Kelowna and regional RCMP about various crisis response programs in these communities are ongoing,” was Interior Health’s response to questions on not only when and with whom meetings are being held but what options the health officials are looking at, who makes the decisions and how such programs are funded.


To contact a reporter for this story, email Rob Munro or call 250-808-0143 or email the editor. You can also submit photos, videos or news tips to the newsroom and be entered to win a monthly prize draw.


We welcome your comments and opinions on our stories but play nice. We won’t censor or delete comments unless they contain off-topic statements or links, unnecessary vulgarity, false facts, spam or obviously fake profiles. If you have any concerns about what you see in comments, email the editor in the link above.