The ‘snitching’ begins! Police are called to a funeral wake in a pub garden after mourners were pictured ‘not socially distancing’

By Faith Ridler For Mailonline

Police were called to a funeral wake inside a pub garden after mourners were pictured appearing to break social distancing rules amid the Government’s ‘rule of six’.

Officers visited the Old Crown in Wigston, Leicestershire yesterday after a local resident called them to claim people were not following coronavirus guidelines.

Police called the pub twice and spoke to the landlady Sue Humphries before turning up unannounced to check that the rules were being followed.

A Leicestershire Police spokeswoman said: ‘Police received a call just after 1.30pm yesterday reporting concerns in relation to a number of people gathering at a premises in Moat Street, Wigston, and that Covid-19 guidelines were being breached.

‘Officers have engaged with staff and others at the concerned premises who co-operated with police to ensure guidelines were being followed.’ 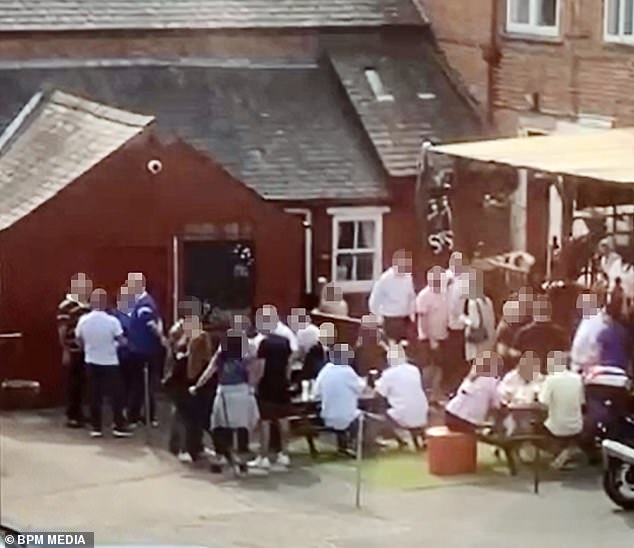 Officers visited the Old Crown in Wigston, Leicestershire yesterday after a local resident called them to claim people were not following coronavirus guidelines. Pictured: The wake

The resident who called the police took a video of people drinking outside at the back of the pub.

‘I was concerned at what I saw,’ she said. ‘There appeared to be a large group of people drinking outside the pub and they looked quite close to each other.

‘I felt I had to alert the police in case rules were being broken. I felt it was my public duty to report this and I would do the same again.’

Ms Humphries claimed she hosted a wake for 30 people on behalf of a local resident which started at 10.45am.

‘The police called me twice to check that my customers were following the coronavirus rules,’ she said.

‘I spoke to all of customers to remind them of the rules but we always ensure that the rules are being followed properly at all times. All our customers were in groups of six and spaced apart.

‘After the two calls the police just turned up at the pub. They asked us to move some people from the back of the pub to the front to help with social distancing so we did.

‘They left satisfied that no rules were being broken. 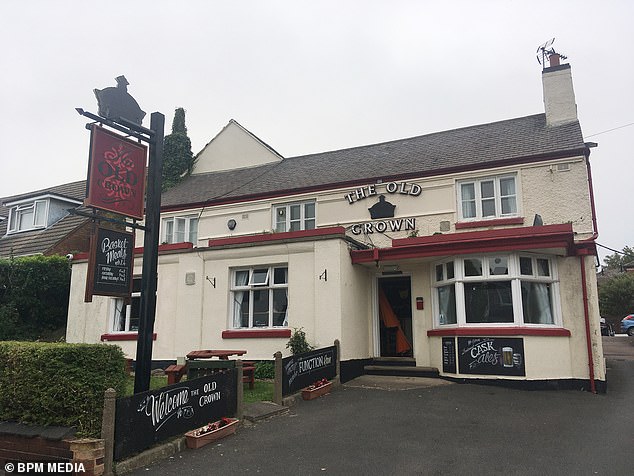 ‘The last of the people from the wake left at about 5.30pm. We were a lot less busy after they left.’

Ms Humphries said she reopened the pub on August 1 after lockdown.

The incident came ahead of Oadby and Wigston today being urged to restrict their movements amid a new lockdown in the area.

Tough new measures to control the spread of coronavirus were today announced across parts of the North West, Midlands and West Yorkshire.

The latest measures, which include a 10pm curfew on pubs and bars, will affect Lancashire, Merseyside, Warrington, Halton, Wolverhampton, Oadby & Wigston, and parts of Bradford, Kirklees and Calderdale from Tuesday.

Residents in these areas are banned from socialising in homes or gardens with people outside their household or ‘bubble’ and food and drink venues are restricted to table service only. Restaurants, bars and pubs will have to close between 10pm and 5am.

Travel
We use cookies on our website to give you the most relevant experience by remembering your preferences and repeat visits. By clicking “Accept All”, you consent to the use of ALL the cookies. However, you may visit "Cookie Settings" to provide a controlled consent.
Cookie SettingsAccept All
Manage consent