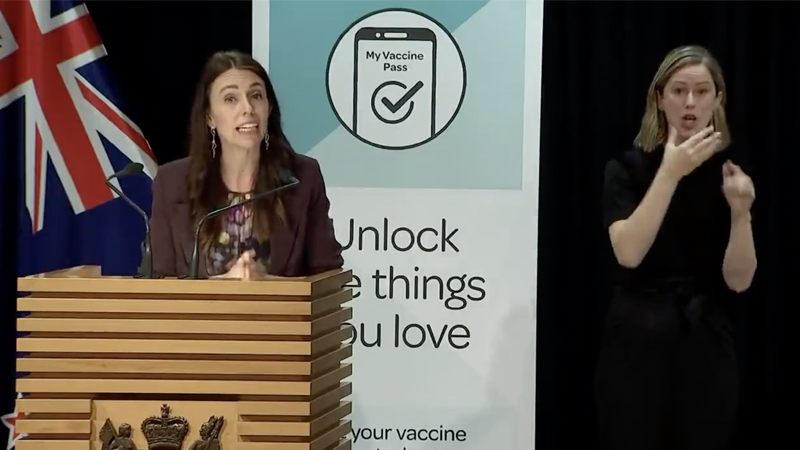 New Zealand Prime Minister Jacinda Ardern declared Monday that netizens are now allowed to visit family and friends indoors, and can even “use the bathroom” at their houses.

Ardern made the bizarre statement in a press conference in Auckland listing off COVID threat levels in various regions of the island nation in the wake of a new variant.

“You can now see family and friends again in their homes — and use the bathroom inside. Luxury!” Ardern said.

New Zealand Prime Minister Jacinda Ardern has granted permission for people to use the bathroom when visiting family and friends pic.twitter.com/zka7UA0iJZ

Auckland, which has been under lockdown for over 100 days, will migrate from lockdowns to a “traffic light system” on December 3, starting on the “red light setting.”

Ardern hasn’t been shy about showing off her power-hungry disposition.

Last month, Ardern bragged about her government creating a two-tiered society that ostracizes the unvaccinated.

“That is what it is, yep,” Ardern said with a nod and a smile.

NEW – New Zealand Prime Minister Jacinda Ardern, when asked by a reporter if she was creating two classes of people, with the vaccinated receiving special privileges, confirmed, “That is what it is, yep”.pic.twitter.com/4VDULQN7Xd

And just weeks ago, Ardern shut down a press conference after receiving an unsanctioned question from an intrepid reporter asking about the vaccine’s ineffectiveness.

Do not ask questions which haven’t been approved by the government pic.twitter.com/Th6N6jgmRZ

SHE CREEPS ME OUT