Mucky pup! Pet owner finds her WHOLE kitchen covered in muddy paw prints after her rain-soaked dog sneaks in via the cat flap

By Jo Tweedy For Mailonline

A puddle-loving dog has showed the carnage that can ensue when muddy paws meet a clean kitchen.

Pet owner Kerry Templeton, from Gosport, Hampshire, shared on social media what happened when her adorable-looking dog, Maddie, managed to squeeze through the cat flap of her home and enjoy a run out during a downpour.

The hilarious photos – which greeted Kerry when she returned from a night with friends – show exactly what happened when Maddie squeezed back in, with the whole kitchen covered in mud, and a very sheepish-looking dog looking up at her. 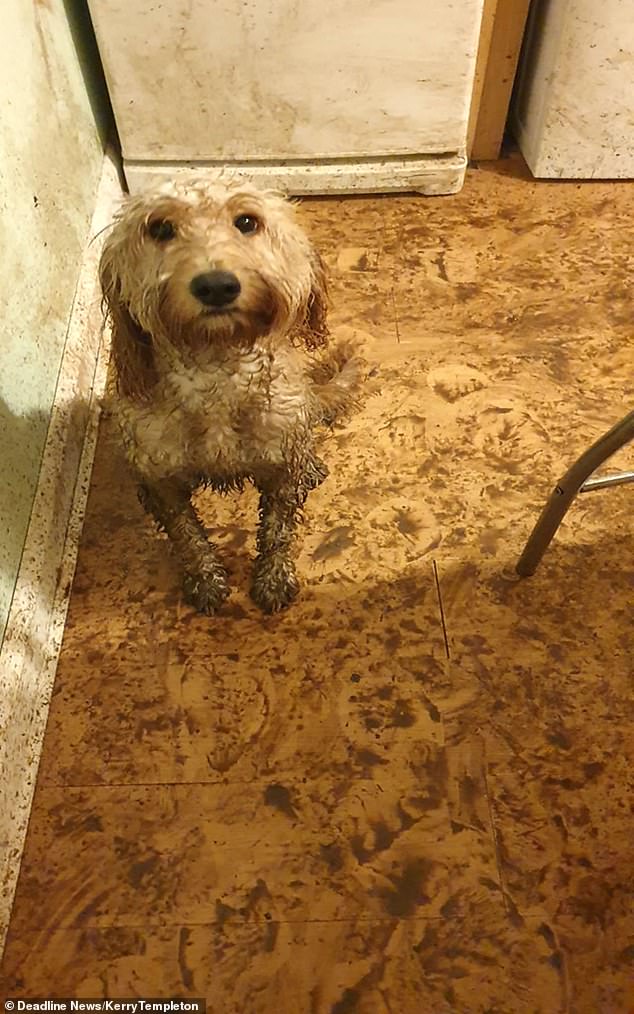 A real-life What-a-Mess! Kerry Templeton, from Hampshire, accidentally left her cat flap open when she went out on Saturday night, giving her dog Maddie a way into the garden 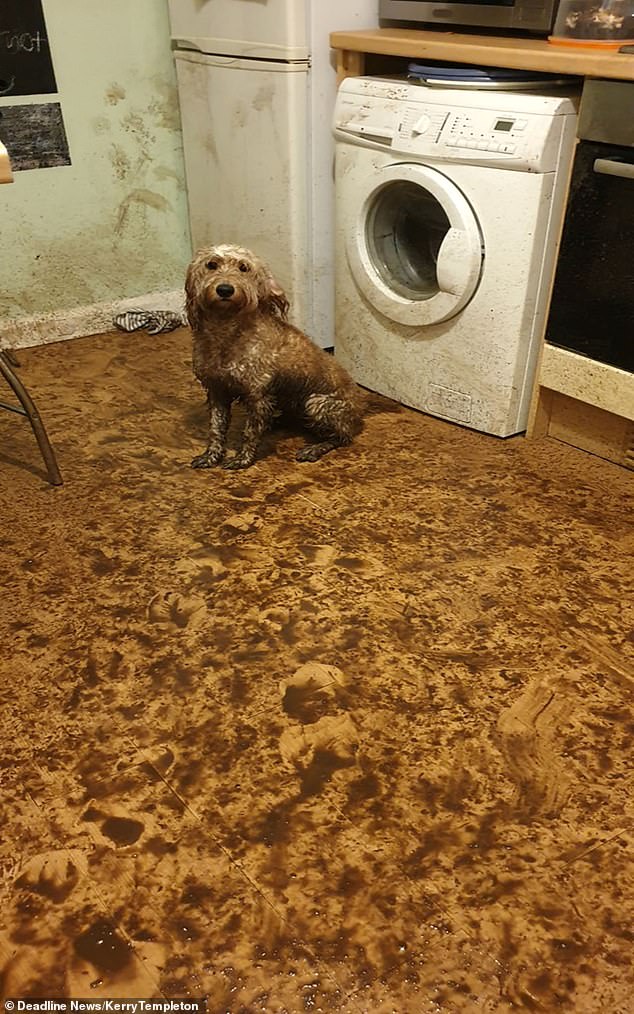 Torrential rain seen in the UK over the weekend had left Kerry’s garden a ‘swamp’…and when Maddie returned after some fresh air, the pet left par prints everywhere 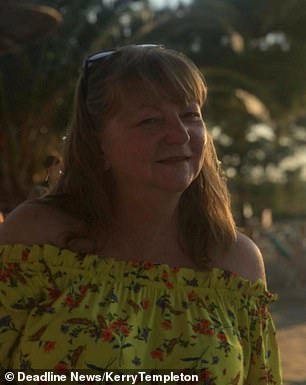 Maddie, who actually has white fur, was covered from nose-to-tail in dirt after she’d managed to squeeze through the cat flap and roll around in the garden.

Returning back to the warmth of indoors, Maddie preceded to cover the whole white and beige kitchen in mud.

After cleaning up the kitchen, Kerry’s daughter Scarlett had to give Maddie two baths to get all the dirt out of her coat.

Posting on Facebook on Monday, Kerry revealed what she’d come home to, saying: ‘Thought I’d share this with you as it has brought lots of laughter on my private FB page. I can laugh about it now!

‘Saturday night I went out with friends to come home to this. I had left the cat flap open (which my dog can fit through) and the torrential rain had turned my garden into a swamp!

She added: ‘Thank God I closed the kitchen door!’

Later she added that she would normally leave the catflap closed when on a night out: ‘Just forgot this time. Definitely won’t be forgetting in future. 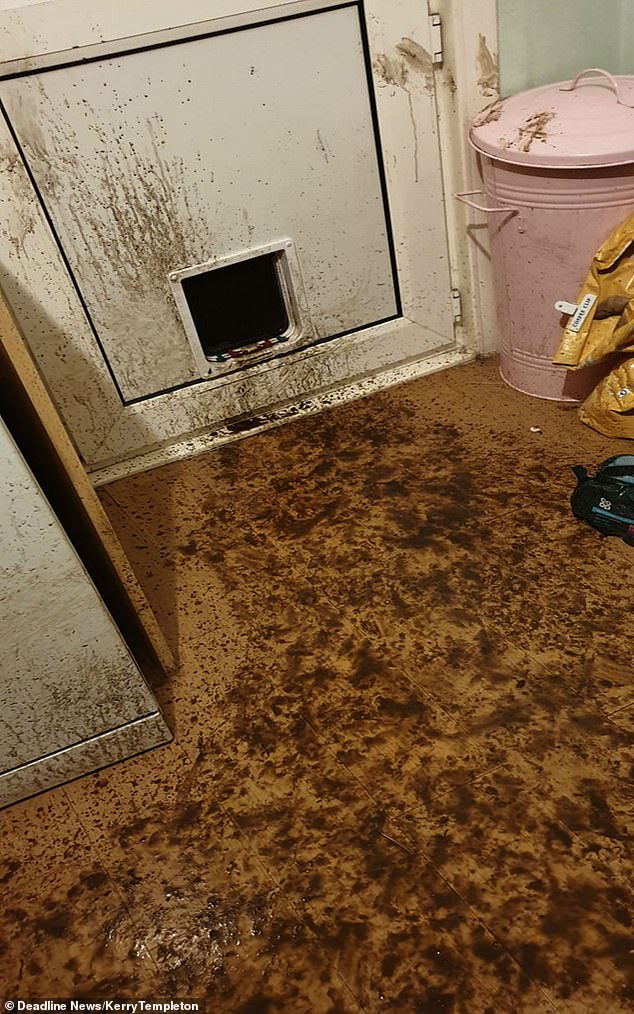 How it happened: the cat flap – and the prospect of a run in the rain – proved too tempting for Maddie 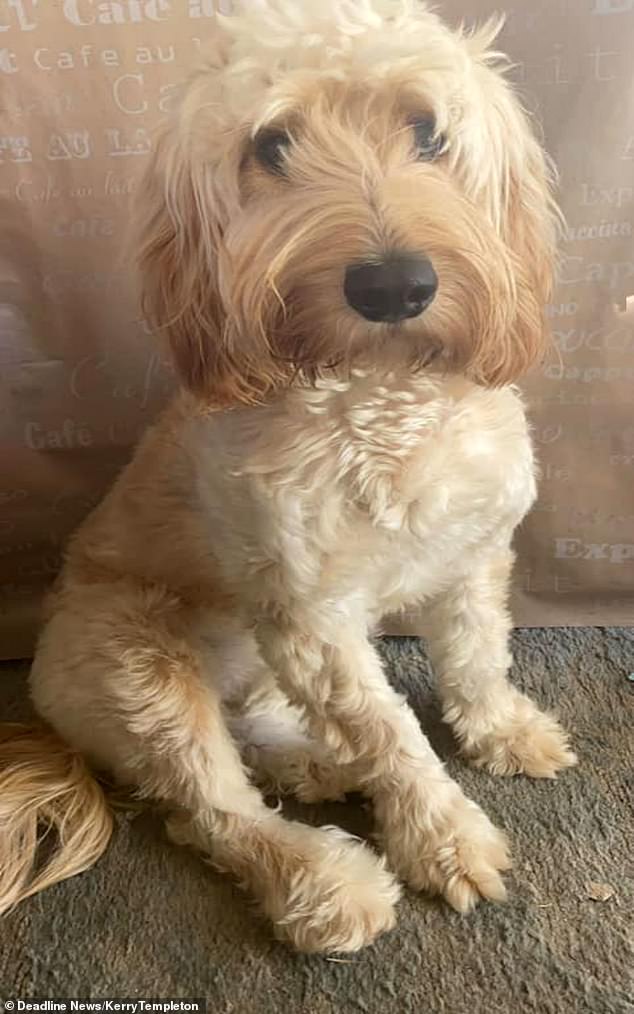 How the pet normally looks; after Saturday night her white fur was a shade of chocolate brown 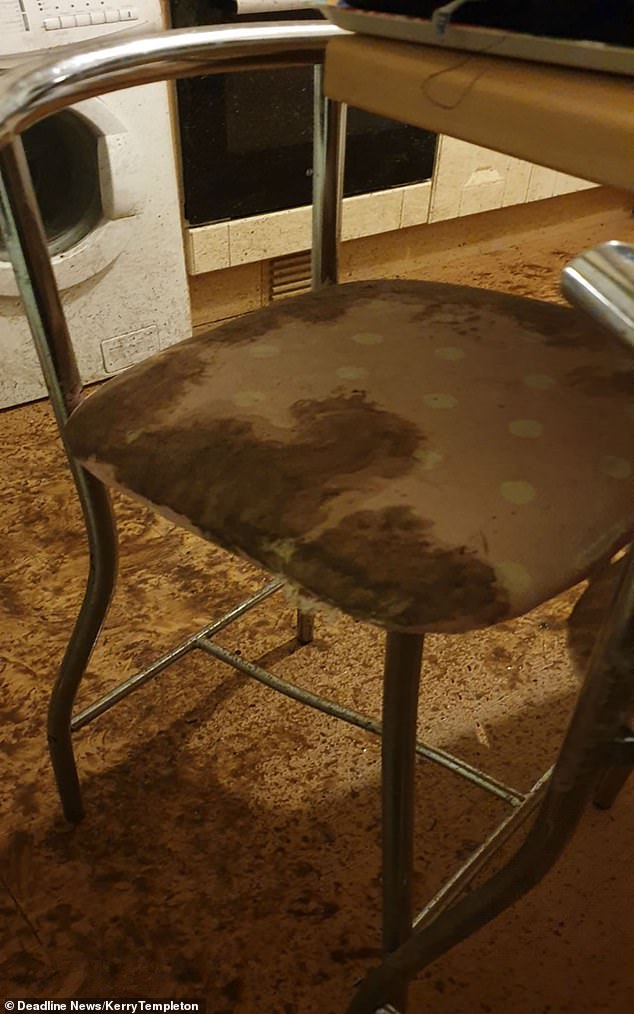 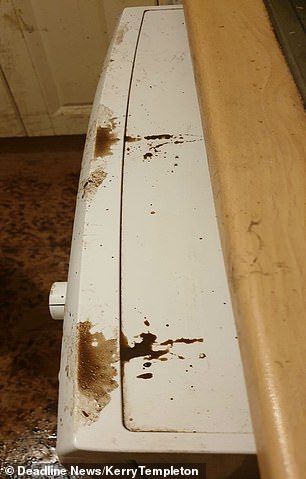 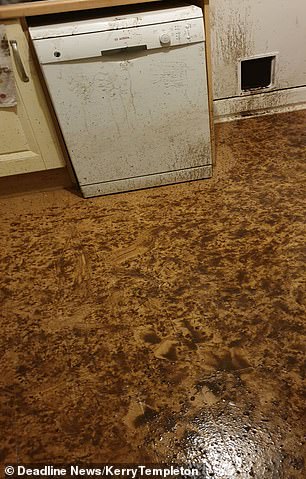 A two-day task…after cleaning the kitchen twice, Kerry said the next day she was still finding new patches of mud

The clean-up wasn’t easy, with Kerry saying she’s mopped from ‘top to bottom twice and I’m still finding splatters here and there.’

The post has had over one thousand likes and comments.

Mills Milham wrote: ‘Oh my goodness. I bet you didn’t know where to start. Those cute doggy eyes are enough to get anyone out of trouble.’

Loraine Perry penned: ‘The cat did it’. Look at that innocent face!’

Laura May said: ‘Not one bit missed by the looks of it.’

Scarlett later posted a photograph showing Maddie all cleaned up and back to her usual clean self.