They kept fans entertained over the summer, when they shared snaps of videos of their fun-filled times at home together during the COVID-19 lockdown.

And Laura Whitmore and her fiancé Iain Stirling have revealed that they’ve made their home all the more entertaining, as they’ve built a pub in their back garden.

Love Island host Laura, 35, took to Instagram on Saturday to share a snapshot of herself enjoying drinks with Iain, 32, and a small group of friends. 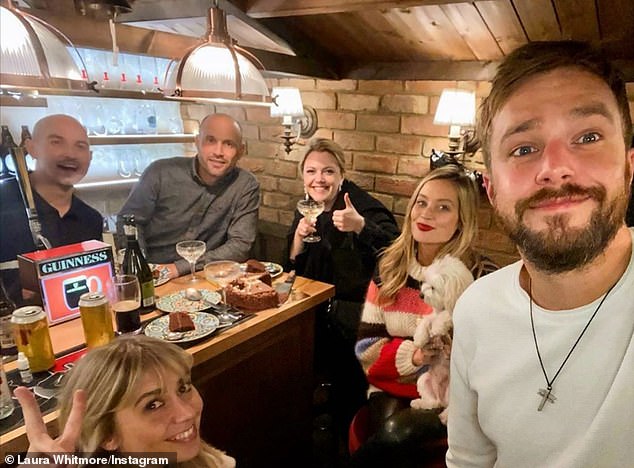 Home comforts: Laura Whitmore and her fiancé Iain Stirling have revealed that they’ve made their home all the more entertaining, as they’ve built a pub in their back garden

Wearing a striped sweater, the blonde beauty was seen cuddling her beloved pet pooch as the group enjoyed drinks and snacks.

Love Island narrator Iain took the snap, which showed their pals giving the thumbs up as they sat by the bar, which included a Guinness tap, glasses and bottle of liquor.

Captioning the image, Laura partially quoted classic sitcom Cheers, as she wrote: ‘Sometimes you wanna go where everybody knows your name and they’re always glad you came… The Snug EST 2020.’ 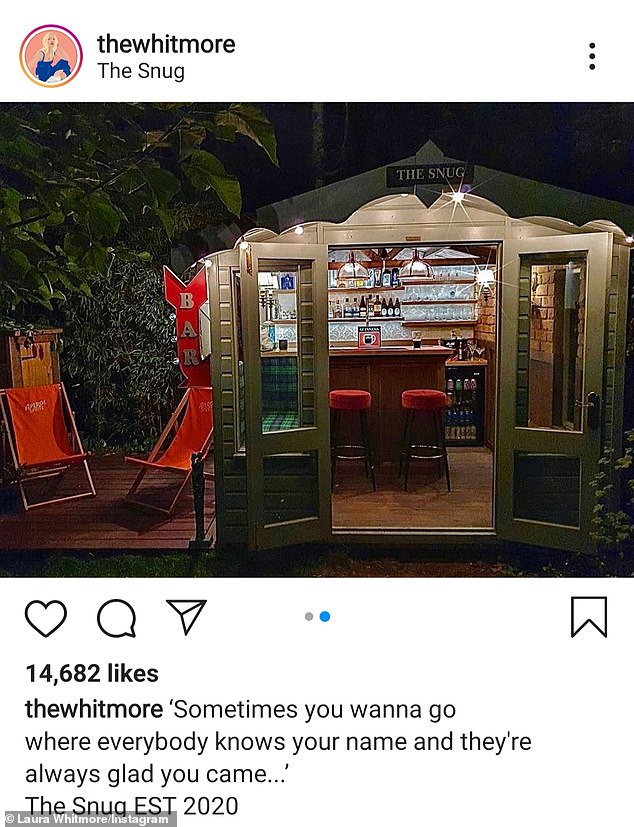 Snug: The Irish broadcaster also geotagged the new bar’s location as The Snug, while she shared another snap showing that the name had been placed above the double door entrance

The Irish broadcaster also geotagged the new bar’s location as The Snug, while she shared another snap showing that the name had been placed above the double door entrance to the construction, which included bar stools.

Laura has much to celebrate, as she’s set to begin filming Celebrity Juice alongside Emily Atack next week, after they were announced as new team captains.

The stars joined show host Keith Lemon, real name Leigh Francis, for a celebratory night out on Thursday after they their new roles were publicly announced.

The trio were also joined by Laura’s fiancé Iain, who was pictured arriving at the venue with footballer Robbie Keane after working together on Soccer Aid. 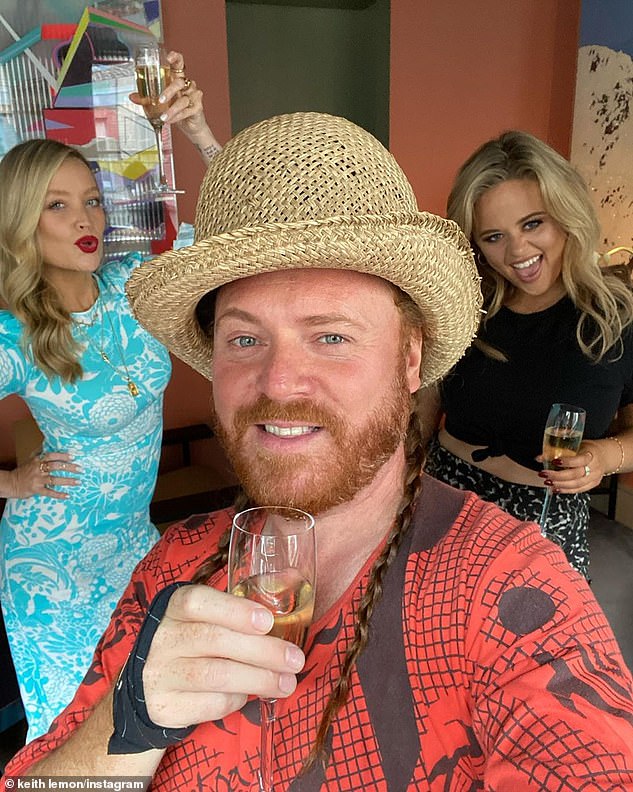 Show: Laura has much to celebrate, as she’s set to begin filming Celebrity Juice with Emily Atack next week, after they were announced as new team captains. Pictured with Keith Lemon 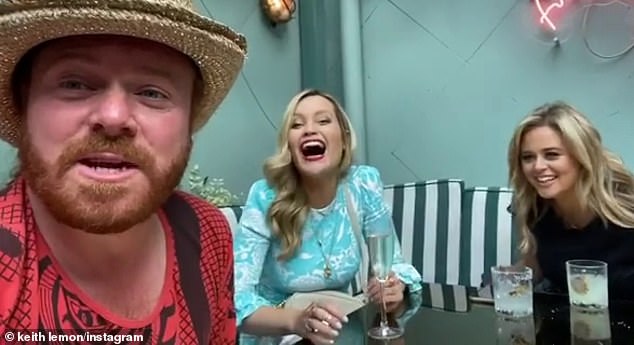 The trio appeared in great spirits after it was announced that they would be making up the new team of Celebrity Juice.

Taking to Instagram, Laura, Emily and Keith documented their night out where they enjoyed celebratory Champagne and margarita cocktails.

Although Emily joked on Friday morning that she was feeling hungover as she shared a video of herself sipping water with a GIF of a cocktail with a red X next to it.

It was recently announced that Emily and Laura would be Holly Willouhgby’s replacements on Celebrity Juice, four months after she left her 12-year stint. 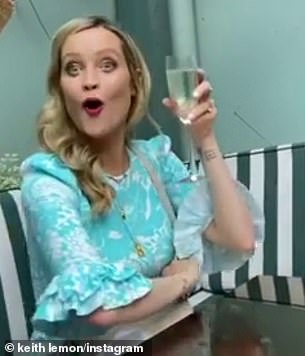 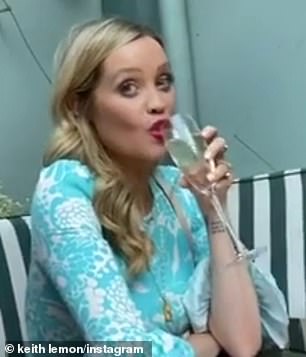 Cheers! Laura toasted her flute of Champagne and took a swig as she celebrated the news

In a cheery, socially-distanced snap, the funnyman joined his latest sidekicks as they toasted to their new jobs with glasses of champagne.

The image was shared on their respective platforms, with Love Island’s Laura writing: ‘So excited to be the new team captain with my gal @emilyatackofficial All new @celebjuiceofficial coming this autumn. Dream job! Bring it on @keithlemon.’ (sic) 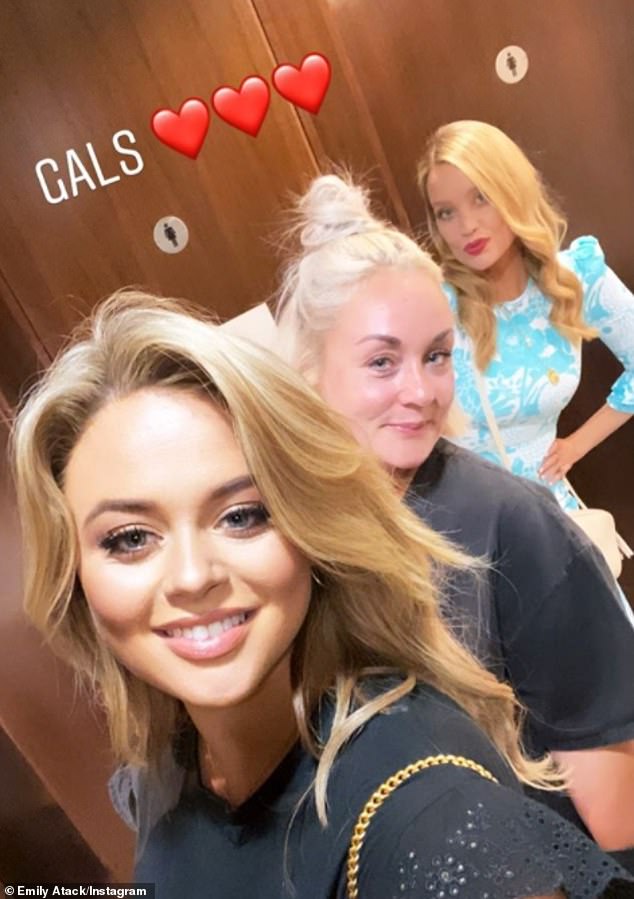 Such fun: Emily documented the night out, revealing they enjoyed several margarita cocktails

The ladies have both starred as guests on the much-loved show, but the upcoming series will mark the first time they will battle it out with their star-studded teams, which are yet to be announced.

Insisting she’s not going down without a fight, TV star Emily said in a press release: ‘Every time I’ve been on Juice in the past I’ve had such a good time, and now I’m doing it with two of my best mates and I’m a ruddy team captain!!! Can’t believe it.

‘I dread to think what we’re going to be faced with, but Whitmore should know that I won’t be backing down and she is going to have some tough competition. 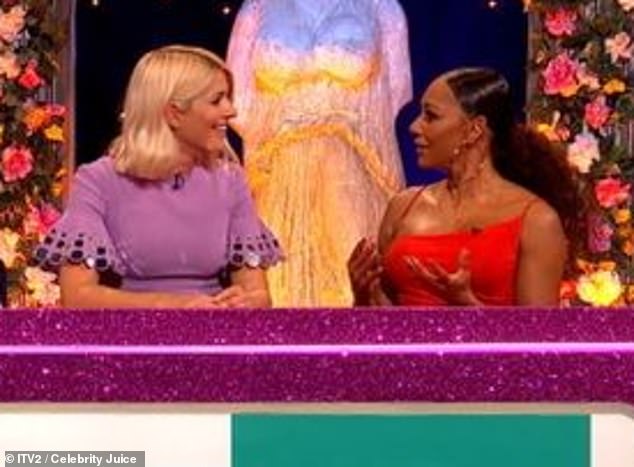 End of the road: The last edition, which aired from April until May, was fronted by both broadcaster Holly Willoughby, 39, and Spice Girls’ Mel B, 45

‘But more importantly a wonderfully hilarious time. Bring it on!’

Her new opponent jokingly hit back: ‘I can’t wait to see what Keith has got lined up for Emily and I this series… From past experiences, nothing would surprise me.

‘I cannot wait to get stuck in and lead my team to victory each week… I love you Emily, but watch out! I’m so excited to start!

‘I’ve been the biggest fan for years, I used to go and sit in the audience when I first moved to London and can’t believe I’m a team captain now!’ 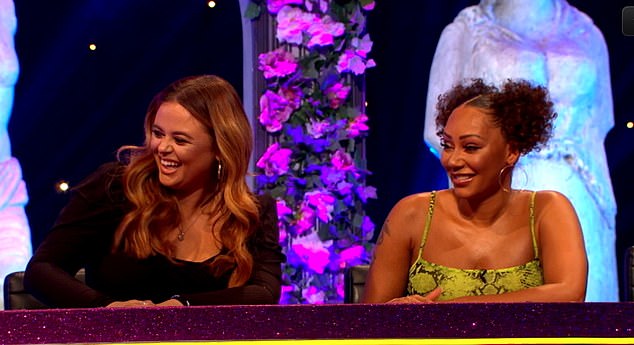 Centre stage: The ladies have both starred as guests on the much-loved show, but the series will mark the first time they will lead their star-studded teams (Emily pictured earlier this year) 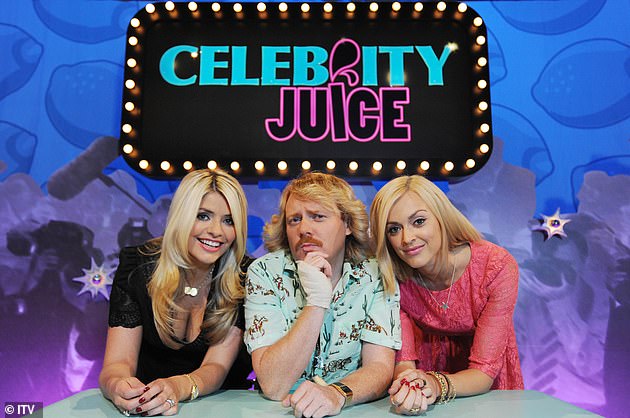 All over: This Morning star Holly launched the show with the funnyman and close friend Fearne Cotton in 2008 (pictured)

The last edition, which aired from April until May, was fronted by both broadcaster Holly, 39, and Spice Girls’ Mel B, 45.

Kelly Brook, Gino D’Acampo and Paddy McGuinness have also served as team captains in the past.

The This Morning star launched the show with Keith and her BFF Fearne Cotton in 2008.

In a sweet Instagram post, Holly thanked Celebrity Juice for 12 years of ‘fantastic chaos’ as she left just five months after former Top of the Pops star Fearne, also 39. 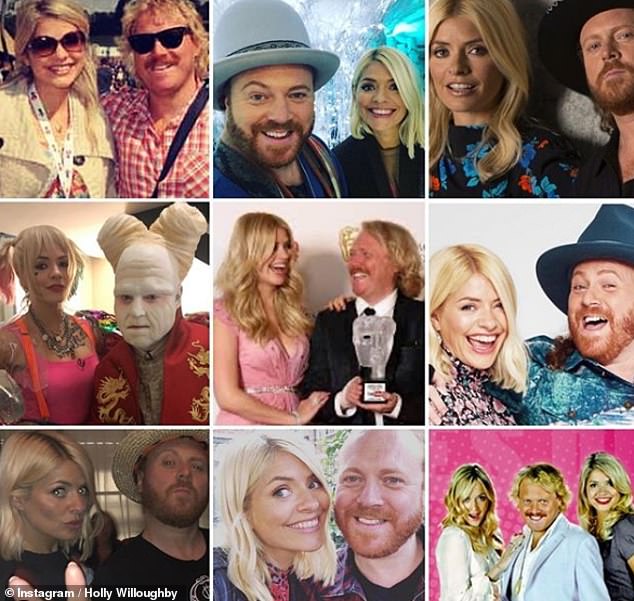 Farewell: In a sweet Instagram post, Holly thanked Celebrity Juice for 12 years of ‘fantastic chaos’ as she left just five months after former Top of the Pops star Fearne, also 39

Insiders previously claimed the decision came as a blow to programming chiefs, who have long relied on her star quality to attract viewers.

Although Holly had worked in television for several years before Celebrity Juice, landing the role on the show in 2008 helped make her TV hot property.

She joined This Morning a year later and still hosts the show with Phillip Schofield. Celebrity Juice is also where the term ‘Holly Willoughbooby’ was coined to described her curvaceous figure.

Her resignation came shortly after her husband Dan Baldwin – one of Celebrity Juice’s creators – stopped producing the show. 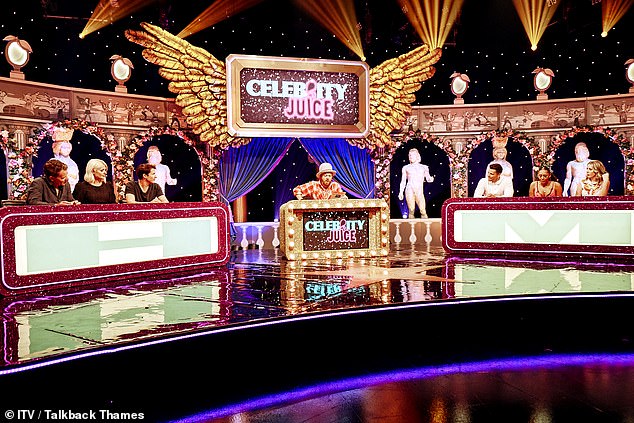 Success: Celebrity Juice has proved to be hugely popular since first hitting screens in 2008