The easiest ‘no bake’ treat yet: Home cook, 26, shares her VERY simple recipe for Nutella brownies – and you can make your own with five supermarket ingredients

A self-taught baker who built an online following of 682,000 during coronavirus lockdown has shared her simple recipe for Nutella brownies – with no oven required.

Eloise Head, 26, is the founder of FitWaffle Kitchen, an Instagram page where she posts videos of decadent desserts that take just a few minutes to prepare.

The amateur chef from London recently shared a tutorial showing viewers how to make a tray of ‘super delicious’ brownies with five basic ingredients.

Ms Head – who says the treats are ‘quick and easy to make’, even for beginners – uses 90g of plain biscuits, 250g of icing sugar, 120g of butter, 200g of white chocolate and 300g of the iconic chocolate and hazelnut spread. 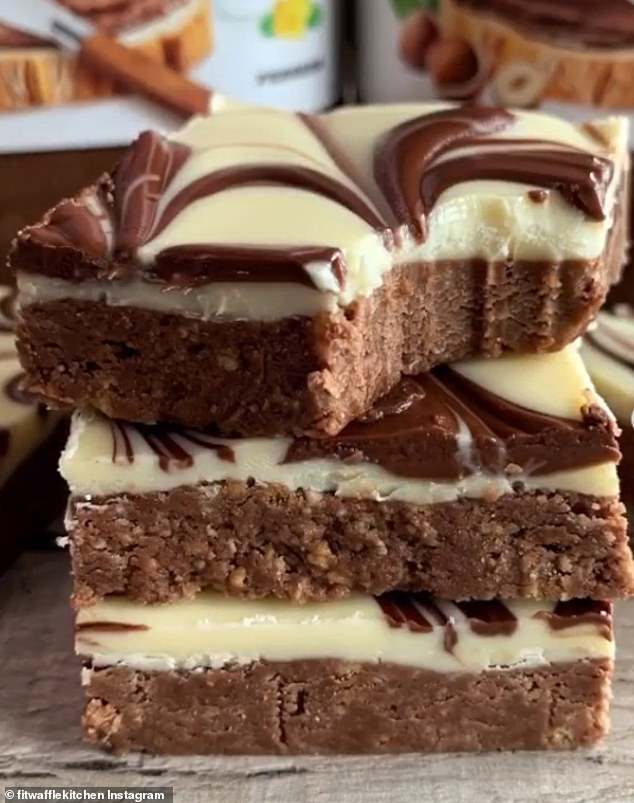 The ‘super delicious’ brownies (pictured) can be made with butter, icing sugar, crushed plain biscuits, white chocolate and the iconic chocolate and hazelnut spread

‘These are super sweet, but not overpowering with Nutella flavour,’ she wrote in the caption, adding they are subtly ‘moreish’ and ‘addictive’ for anyone with a sweet tooth.

Next, she spoons the mix into a dish lined with baking paper, pressing down until flat.

Then she melts white chocolate in the microwave and pours it over the base, before melting the remaining 50g of Nutella and drizzling it on top.

Using the back of a palette knife, Ms Head swirls the chocolate liquid into a decorative pattern and leaves the tray in the fridge to set. 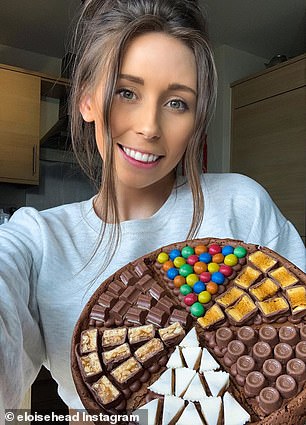 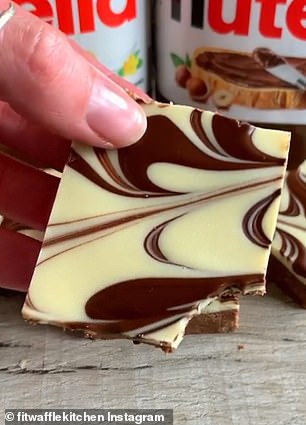 2. Add 250g of Nutella and stir until fully combined.

3. Spoon mixture into a dish lined with baking paper, pressing down firmly.

4. Melt white chocolate and pour over the biscuit base.

5. Melt remaining 50g of Nutella and drizzle on top, running a palette knife through the liquid to create a decorative pattern. 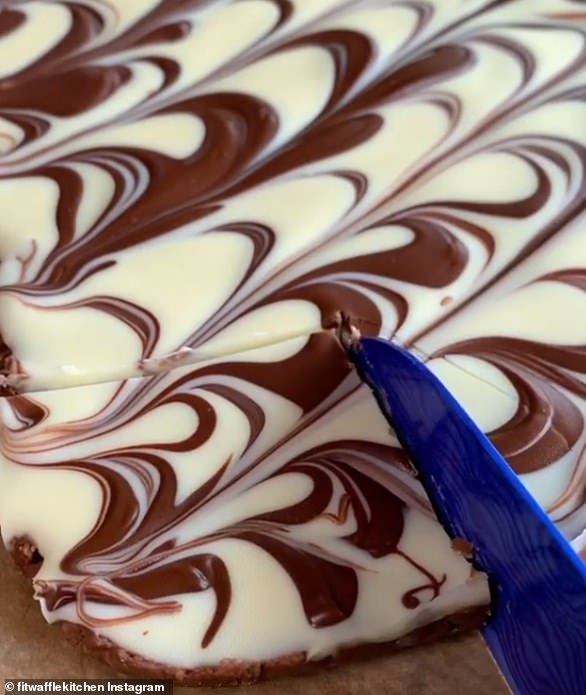 Her tutorial quickly amassed more than 20,000 likes and hundreds of comments, with many tagging their baking enthusiast friends and begging them to make the brownies themselves.

It’s the latest of Ms Head’s simple recipes to become a viral sensation, following a wildly popular video on Mars and Malteser slices.

She makes the indulgent snacks from 100g of unsalted butter, 120ml of condensed milk, 245g of plain biscuits, 400g of chocolate, one teaspoon of vegetable oil and chunks of Mars and Maltesers to decorate.

‘No baking involved, just a lot of melting!’ she wrote in the caption. 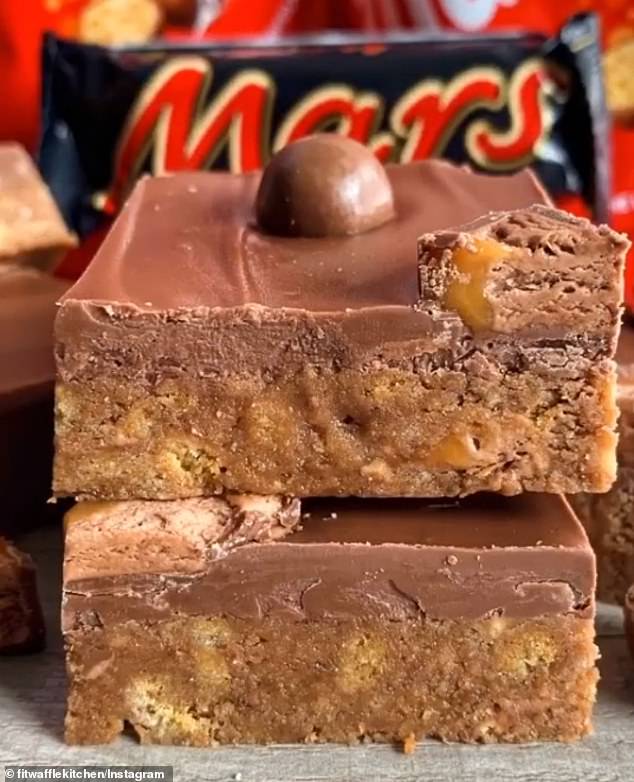 Eloise Head’s Mars and Malteser slices, which are made without turning on the oven

To make the base, Ms Head melts the butter and condensed milk, then adds chopped Mars bar, crushed Maltesers and crushed biscuits.

After mixing well, she pats the mixture into the base of a baking dish and refrigerates for one to two hours until set.

Once hardened, she removes the dish from the fridge and melts chocolate mixed with vegetable oil to make it silky smooth, then pours the liquid over the base.

After giving the tray a shake to ensure the chocolate spreads to every corner, Ms Head decorates with chunks of Mars bar and half-cut Maltesers before refrigerating for another hour until set.

A video of the slices has been liked almost 12,000 times since it was shared, with one viewer tagging her friend and writing: ‘This is what we need to make next.’

Travel
We use cookies on our website to give you the most relevant experience by remembering your preferences and repeat visits. By clicking “Accept All”, you consent to the use of ALL the cookies. However, you may visit "Cookie Settings" to provide a controlled consent.
Cookie SettingsAccept All
Manage consent