Tarboro, N.C. — Tucked away in the small North Carolina town of Tarboro is an ethereal place that can only be described as a ‘secret garden.’

Enclosed in a gothic-style churchyard, the ground and graves alike are cloaked in ivy. Century-old trees, crooked with age, create a green dome that, in some places, blocks the sky.

The Calvary Episcopal Churchyard serves as a cemetery, but it is also one of the state’s most beautiful arboretums, with trees and plants from across the globe. 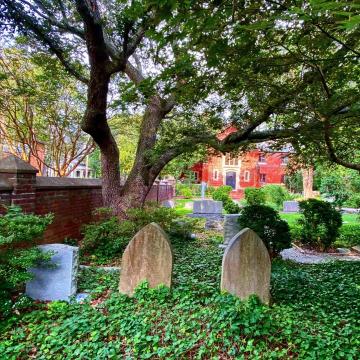 The design of the churchyard and its original plantings are the work of Joseph Blount Cheshire, who served as rector of the church from 1842 to 1889 – meaning some of these trees could be around 150 years old.

Older still is the parish itself, which dates back to before the Revolutionary War and the founding of America itself – harboring records and stories from when the early North Carolina colonists first settled Tarboro in their search for religious freedom outside of England.

In short, there are very few places in the state that date back as far as the Calvary Parish. 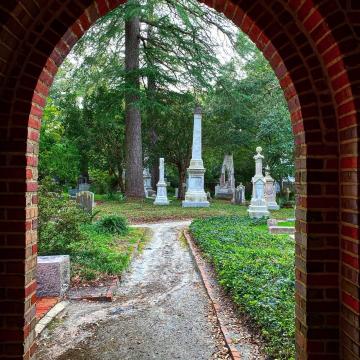 According to their written history, “The establishment of Calvary Parish dates to 1742.”

During the 1700s and early 1800s, many NC churches met in “brush arbors,” which were essentially shelters surrounded in thick foliage with a wooden frame and perhaps a few benches.

Calvary Parish, however, met in a small wooden building near modern-day Chapel Springs, about eight miles away from present-day Tarboro.

During that time, George II was the King of England, and North Carolina was still an English colony, presided over by a royal governor.

The rector of the parish was named Rev. James Moir. “He reported directly to the Bishop of London,” according to the written history. 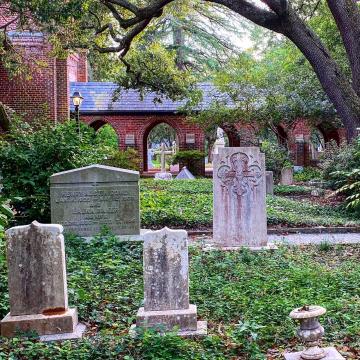 The small wooden church was built in 1747, but by 1760 it had burned down, causing the small congregation to move into Tarborough – as it was then spelled.

After the American Revolution, however, the church’s methods of worship, which required a reigning British monarch, were considered treasonous. As a result, the parish changed its name and asked to form into an Episcopal congregation and be accepted into the union with the Diocese of North Carolina. Because of this, the church considers the date of its founding to be 1833, although it actually goes back much farther.

Construction on the building that stands today began in 1858. 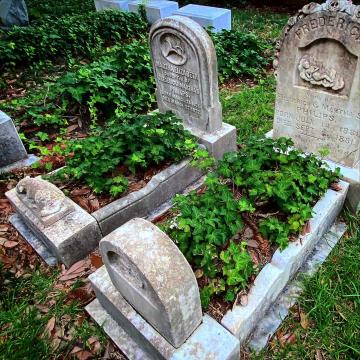 With many graveyards and cemeteries being wide open, the enclosed churchyard, encircled by antique walls, make it feel like a walk through an old English churchyard, rather than one in small-town North Carolina.

The gothic-revival style of the church building, with grand stained glass windows and gothic archways, creates an ethereal contract with the ancient trees and creeping ivy. 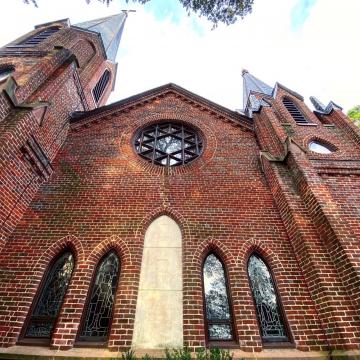 Many of the graves date back to the 1800s, with intricate carvings and designs. The headstones themselves are each a work of art, with each one different. Some children’s graves are built like a cradle, with dirt and plants growing atop the grave itself.

“The grounds, containing exotic and native trees, as well as shrubs and ivy, are regarded by many as a grand arboretum,” according to the written history. One particularly tall tree stands higher than the rest, with stripped, stark white bark – like a ghostly sentinel overlooking the churchyard. 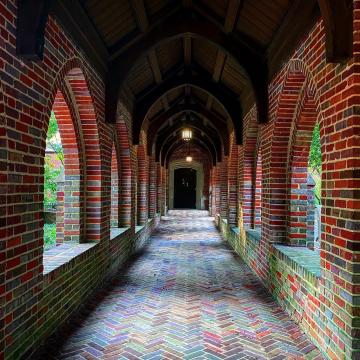 Both the building and grounds are listed in the National Register of Historic Places.

Many statesmen, soldiers and clergy are all interred in the grand arboretum.

Many prominent people have been buried in the historic churchyard. Henry Toole Clark, who served as governor of North Carolina in 1861, rests there.

William Dorsey Pender, one of the youngest generals in the Confederate army, is also interred there.

Joseph Blount Cheshire, Jr., who served as bishop of the Episcopal Diocese of NC from 1893-1932, also rests here in his father’s secret garden. 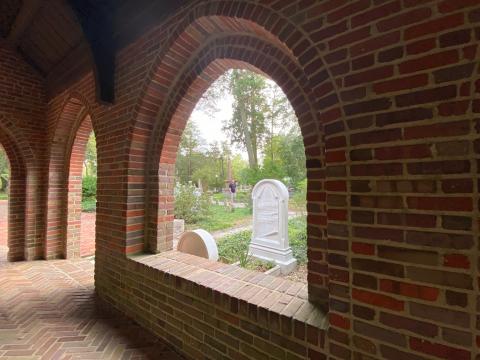 Explore the antique arboretum and churchyard on Saturday at 10:30 a.m. on Facebook Live

WRAL’s Hidden Historian will be taking viewers through a virtual tour of the churchyard on Facebook Live. Be sure to tune in to WRAL’s Facebook at 10:30 a.m. on Saturday to join the beautiful exploration of this historic ground, and listen as she shares stories from the church’s past.​